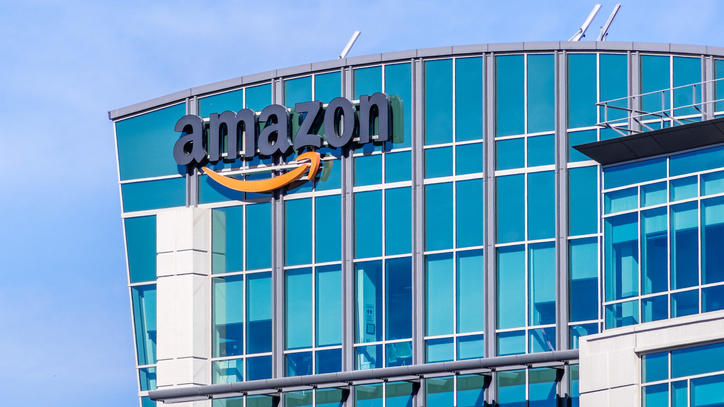 Andrei Stanescu/iStock(NEW YORK) — Amazon announced Thursday morning it was canceling its plans to build a massive new headquarters in Long Island City, a waterfront section of New York City's borough of Queens.
One group that's not sad to see the online retailer go? New York City's independent bookstores, some of which took to social media to celebrate Amazon's retreat in no uncertain terms:
"After much thought and deliberation, we’ve decided not to move forward with our plans to build a headquarters for Amazon in Long Island City, Queens," an Amazon spokesperson said this morning. The move followed pushback from advocacy groups, and some elected city officials and representatives over tax incentives, workers' rights and more.
Dennis Johnson — publisher of Melville House Books, which has a brick-and-mortar store in Brooklyn, told ABC News that today's decision was "really the first time that there's been that kind of opposition mounted, that also involved some elected officials, that worked."
Johnson, a longtime Amazon critic, said he was less worried about the new campus' potential impact on other booksellers in the city as he was its impact on New York City's workers and the community at large.
"They’re not a good employer, they’re union busting, they have a terrible history of the way they treat their employees," Johnson said, adding that "we were worried about the impact that this would have had about the community it was moving into…That was not a rich neighborhood and it was going to force a lot of people out."
"It's very revealing of Amazon that they didn’t want to interact with the community at all. They just took their ball and went home in a pout."
Greenlight Bookstore, which has two locations in Brooklyn, agreed.
"It might seem as though bookstores in particular have the most to celebrate about Amazon's retreat from Queens, but the victory is larger than that: it belongs to advocates for workers, immigrants, residents, and small businesses throughout our city," Greenlight Bookstore co-owner Jessica Stockton Bagnulo said in a statement to ABC News.
"I think it's important to realize that it is possible to say 'no' to even the largest economic players," Stockton Bagnulo continued. "I hope this is a clear message to the leadership of our city and our state about what matters to New Yorkers: sustainable jobs, affordable housing, and our city's unique culture that can never be replaced or replicated online."
Amazon's announcement produced disparate reactions among top New York politicians who heralded Amazon's initial decision to build its campus in Queens.
"We gave Amazon the opportunity to be a good neighbor and do business in the greatest city in the world," New York City Mayor Bill de Blasio said in a statement Thursday afternoon. "Instead of working with the community, Amazon threw away that opportunity."
New York Governor Andrew Cuomo's reaction was starkly different.

"A small group politicians put their own narrow political interests above their community — which poll after poll showed overwhelmingly supported bringing Amazon to Long Island City — the state's economic future and the best interests of the people of this state," Cuomo said in a statement. "The New York State Senate has done tremendous damage. They should be held accountable for this lost economic opportunity."