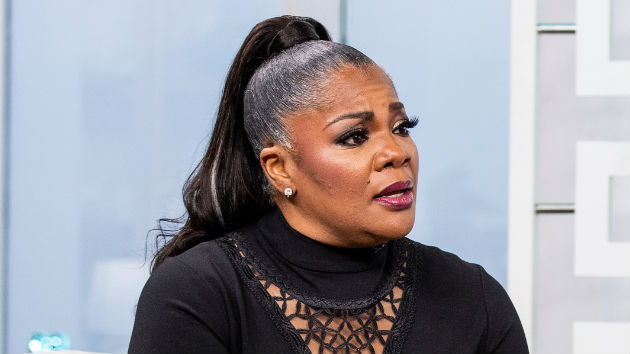 Photo by: Aaron Poole/E! Entertainment/NBCU Photo Bank via Getty Images(LOS ANGELES) — It was a heated discussion between Steve Harvey and Oscar-winning actress Mo'Nique. On Wednesday's Steve, Harvey addressed Mo'Nique's claims of being blackballed in Hollywood.

In 2009, during promotion for Lee Daniels Precious, Mo'Nique was characterized as "difficult" after she refused producers Oprah Winfrey, Tyler Perry and Daniels' requests to promote the film. Mo went on to win Best Supporting Actress, but she repeatedly called out those three for getting her blackballed.

"Y’all knew I was not wrong. Each one of you said to me, 'Mo'Nique, you’re not wrong," she said. "And when I heard you go on the air and said, 'My sister had burnt too many bridges and there's nothing I could do for her now,' Steve, do you know how hurt I was?"

Harvey responded, saying she "went about it wrong" and did a "disservice" to herself. He also called her recent boycott of Netflix, for reportedly low-balling her on a comedy special, "rich people problems."

Mo'Nique hit back, calling her boycott an issue of “inequality.”

Harvey then mentioned her 2017 standup show in which she told Lee, Daniels, and Winfrey to "suck my d*** if I had one." Harvey said the comments distracted from the real issue and potentially caused more harm to her family, as it affected her career opportunities.

"When you tell the truth, you have to deal with the repercussions of the truth," Harvey told Mo'Nique. "We black out here. We can't come out here and do it any way we want to…This ain't a black man's game, this ain't a white man's game. This is the money game!"

Mo'Nique responded, saying there were more important things than money.