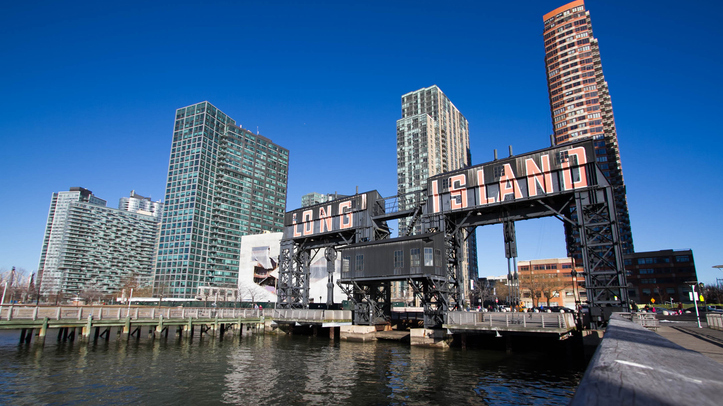 Spinel_S/iStock(NEW YORK) — Real estate agents in the New York City neighborhood where Amazon was set to build one of its newest campuses are lamenting the retail giant's announcement to pull the deal after the industry saw an uptick as a result of the plans.
Amazon canceled its plan Thursday to build a headquarters in the Queens neighborhood of Long Island City — a plan that would have brought 25,000 jobs to the area. The retail giant wrote in a statement on its blog that it did not receive an entirely "positive" collaborative effort with some state and local officials who opposed the deal.
The real estate market in Long Island City, which sits across the East River from Manhattan, experienced an uptick in prices and sales as a result of Amazon's November announcement to open a campus there, even when the industry in hot markets like Brooklyn and Manhattan dwindled, experts told ABC News.
Still, even with the headquarters no longer being built in the waterfront neighborhood, real estate experts are still confident in the future of the industry, they told ABC News.
Danielle Hale, chief economist for Realtor.com, told ABC News that she expects an immediate slowdown in housing prices and sales in the short run, but believes that the real estate market in Long Island City will continue "flowing in activity."
January data shows that prices in Queens as a whole — both units for renting and buying — are up 8.3 percent from last year, Hale said.
But, Hale believes that the lifestyle amenities in Long Island City, such as waterfront parks, universities and transportation, are enough to keep the market booming.
"I think the residents in that area show that it's a great place to live," she said. "That's something that makes an area a good investment in real estate in the long run."
Lauren Bennett, a real estate broker for the Corcoran Group, specializing in Long Island City, told ABC News that while she is "disappointed" in the canceled plan, which she believed would "be a great benefit for the neighborhood," Amazon's November announcement put Long Island City on the map, making it a household name for the first time ever.
The plan inspired buyers to move a little more quickly with their decisions, slicing the inventory of available units by four or five times, she said.
Listings practically "disappeared" after Amazon made the announcement, Bennett said.
"I couldn't keep it online fast enough," she said. "It certainly made my job easier."
Silvette Julian, a real estate agent specializing in Long Island City and Manhattan, described the latest announcement as "crazy," adding that she was surprised because she was convinced it would push through.
"I just feel that it was announced way too premature — too early," Julian said. "But, it's worked to some agents' advantage. We got to close on some deals that were priced a bit higher thanks to Amazon. There's still some good things that happened from it."
The first few weeks after the November announcement Julian's open houses were "fully booked," she said.
"All of a sudden, just really, really, busy, and people were coming out of the woodwork to look at the properties — investors, buyers," she said. "All of a sudden they were taking it seriously, and they did not want to be outbidded by other buyers coming in from elsewhere."
Eric Benaim, CEO and founder of Modern Spaces, told ABC in a statement that he believes the decision to pull the Amazon campus from Long Island City is "a mistake" due to the tens of thousands of lost jobs.
While the neighborhood will operate as "business as usual," he believes the real estate market will continue to "stay hot."
"LIC was named the fastest growing city in the country and it will only continue to grow in the years to come," Benaim said.
Opposition against the decision was rampant, with politicians such as U.S. Rep. Alexandria Ocasio-Cortez, New York state Senator Michael Gianaris of Queens and City Councilman Jimmy Van Bramer, as well as neighborhood advocates, speaking out against it. New York Gov. Andrew Cuomo and New York City Mayor Bill de Blasio supported the new campus.
On its website, public advocate group Long Island City Coalition wrote that the move represented Amazon representing itself, not the neighborhood.
Those who opposed the campus admonished the plan for the state to give Amazon $3 billion in tax dollars as an incentive to build in Queens, adding that the land could instead be used for schools and sports and community centers.
LIC Coalition also said that Amazon's presence would cause rents and costs of living to skyrocket and accused Amazon of bringing thousands of workers to the neighborhood rather than hiring from within.