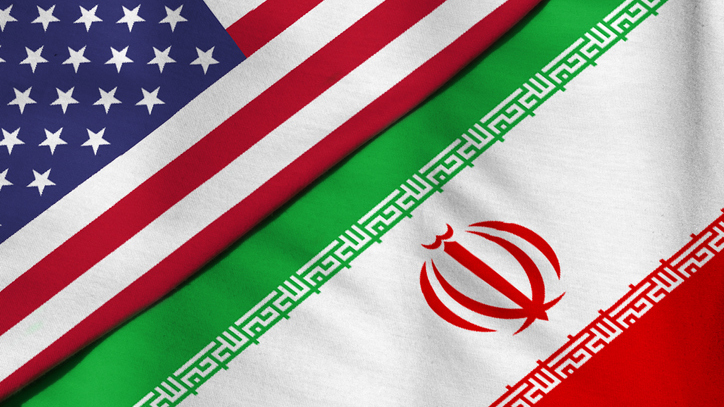 CIL868/iStock(NEW YORK) — More than a year before she allegedly defected, U.S. Air Force counterintelligence officer Monica Witt attended a film conference in Iran – an event that U.S. officials and former intelligence officers said was likely a recruiting ground for Iranian spy masters.
“It’s an intelligence targeting platform for the Iranian security apparatus,” former longtime CIA case officer Darrell M. Blocker said of such conferences. “It’s not sold as an intel thing, but of course the [U.S.] intelligence community is aware of them.”
An indictment unsealed against Witt Wednesday alleges that in February 2012 she traveled to Iran for a conference called “Hollywoodism” put on by an organization known as New Horizon. On its website, the organization bills itself as a Tehran-based non-governmental organization (NGO) that hosts conferences that cover topics including “Iranophobia,” “Zionist Lobby” and “US State hostility towards Afro-Americans.”
But the U.S. Treasury, which announced sanctions against New Horizon Wednesday, alleges that the conferences it puts on also “serve as a platform for IRGC-QF to recruit and collect intelligence from attendees.” The IRGC-QF refers to an Iranian paramilitary and intelligence organization — the Islamic Revolutionary Guard Corps — sometimes known as the Quds Force– that the U.S. says carries out terrorism.
Former senior CIA official John Sipher said it would be “unprofessional” for Iranian spies not to target for recruitment any Westerners who show up – especially Americans.
“That’s why they set those things up, to see who would be useful idiots or who’s willing to tie themselves to the Iranian government,” he said. “Any American that would go to something like that? They’d be on that like dogs on a bone.”
New Horizon did not immediately return an emailed request for comment from ABC News.
While at the conference, prosecutors say Witt, who served in the Air Force from 1997 to 2008 and then worked as a contractor for the Air Force until 2010, “appeared in one or more videos in which she was identified as a U.S. veteran and made statements that were critical of the U.S. government, knowing these videos would be broadcast by Iranian media outlets.” She also appeared in a video in which she converted to Islam.
Weeks after she returned to the U.S., the FBI approached Witt and warned her that she “was a target for recruitment by Iranian intelligence services,” the indictment says. Witt allegedly told the FBI that she would refuse to provide any information about her Air Force work should she return to Iran.
The FBI was apparently correct in its warning. The indictment says that by July Witt was in contact with a dual U.S.-Iranian citizen, referred to in court documents as Individual A, who “engaged in acts consistent with serving as a spotter and assessor on behalf of the Iranian intelligence services.”
By August 2012, Iranian media published an article quoting someone identified as Monica Witt, a “former consultant for the U.S. Department of Defense,” as being highly critical of the U.S. armed forces and purported rampant sexual misconduct there.
The next February, Witt attended another “Hollywoodism” conference, the indictment says.
At the time, Iran's semi-official Quds News Agency quotes Witt as saying that she wanted to learn about Islam because her job in the military was to "fight against terrorism."
"But, during my researches, I noticed the contradictions between American's propaganda about Islam and what this religion really is," she reportedly said. "So, I converted to Islam. And when I realized our war was wrong, I left the army."
The whole time prosecutors say she was in “regular” communication with Individual A. In a message to Individual A that June, Witt allegedly suggested she was ready to expose secrets.
“If all else fails, I just may go public with a program and do like Snowden :),” she wrote, referring to former NSA contractor Edward Snowden who had leaked a huge amount of information on the National Security Agency’s surveillance programs to the news media just days before.
Then, in August 2013, she defected, writing to Individual A, “Coming home.”
Blocker, an ABC News consultant, said the recruitment path as alleged by prosecutors makes sense.
At the conferences, foreigners of interest are “put up in hotels, touted as being righteous and good people,” he said.
“They’re courted and slowly but surely, [the Iranians] are looking for someone willing to cross the line,” Blocker said.
Witt is accused of providing the Iranian government with “highly classified” information and then helping Iran target other Air Force officers for cyber attacks.

She is believed to be in Iran, which does not have an extradition treaty with the U.S. Marc Raimondi, a spokesperson for the Justice Department, told ABC News, “we have a long arm and a lot of patience.”

Texas doctor discusses firing over alleged COVID-19 vaccine theft: ‘I did what I believe was expected’
75-year-old man shoved to ground at Buffalo protest files lawsuit against city, police
Boeing said it ‘supports the decision’ to temporarily ground some 777s
Heavy snow across Rockies and Cascades, seasonable air returns to the Gulf Coast
FKA Twigs explains why she’s speaking out about alleged abuse: “It can happen to anyone”
LAPD investigating alleged Valentine’s Day photo mocking George Floyd shared by cops