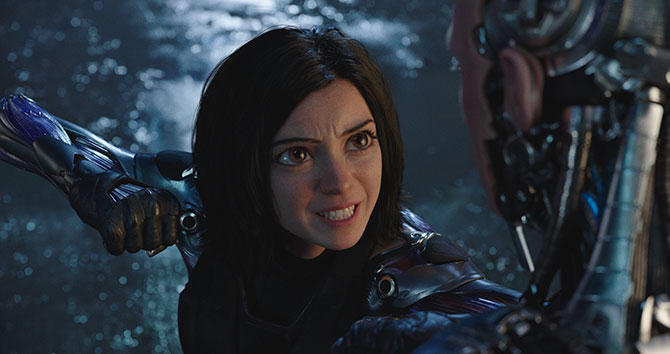 * Alita: Battle Angel — Based upon the popular Japanese graphic novel series and produced by Oscar winner James Cameron, this futuristic film centers on the titular character, a cyborg brought back to life by a gifted doctor, played by Oscar winner Christoph Waltz. Unable to remember anything of her past life, she sets out on a quest to find out who she is. Actress Rosa Salazar plays Alita in a CGI-enhanced motion-capture performance. Jennifer Connelly and Mahershala Ali also star. Rated PG-13.

* Fighting with My Family — Dwayne "The Rock" Johnson produced and makes an appearance in this biopic based on the 2012 documentary The Wrestlers: Fighting with My Family. It follows the journey of professional wrestler Saraya "Paige" Bevis — played by Florence Pugh — from growing up in a household of professional wrestlers to winning the WWE Divas Championship in 2014. It also focuses on the the conflict with her brother, Zac, portrayed by Jack Lowden, who competed against her for a spot in the WWE and lost. Game of Thrones' Lena Headey and Vince Vaughn also star. Rated PG-13.