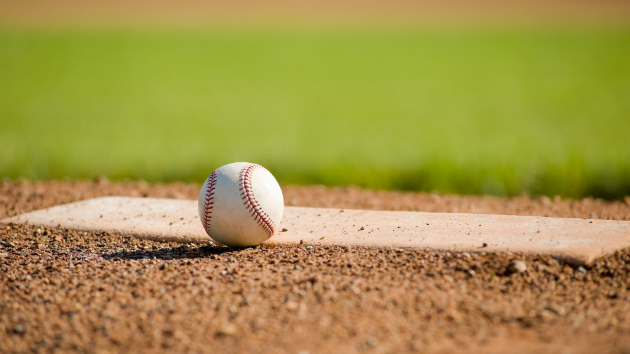 miflippo/iStock(NEW YORK) — As pitchers and catchers begin to trickle into Spring Training facilities in Florida and Arizona, a number of Major League Baseball's biggest young stars remain unsigned free agents.
Former Washington Nationals outfielder Bryce Harper and former Los Angeles Dodgers infielder Manny Machado were expected to see offers of more than $30 million per year come pouring in from multiple teams this offseason. Instead, the pair continues to wait for a deal worth signing.
Part of the issue, according to Florida State University Marketing Professor Mike Brady, is that teams just aren't interested in giving out the kind of contracts that they once did.
"The trend about not giving folks ten-year deals is not new. But what is new is…these guys are pretty young and you would think that if anyone is going to get one, they would," Brady said about the pair of 26-year-old stars.
Instead, he adds, "I think the owners are speaking pretty loud and clear and saying that we're not giving that to free agents, no matter their age and no matter, really, who they are."
But the effort on the part of team owners is interesting, giving the economic state of baseball. The league has reportedly seen increased revenue every year for more than a decade.
A handful of current players have spoken out in recent days about the pace of free agent signings. Houston Astros pitcher Justin Verlander posted a tweet calling the current system "broken."
Professor Brady says part of the offseason slowdown could also be caused by a copycat mentality."
"Major League baseball…tends to be sort of a 'me too' league," he explains. "And lots of Major League Baseball teams are sort of following what the other one has done."
As for what happens next, the current Collective Bargaining Agreement will remain in place through 2021. But when the time comes to renegotiate, Brady says, "If nothing changes between now and 2021, I think you're going to see the balance of power shift in favor of the union."
"And what I mean by that," Brady explains, "is that they'll have less to lose than the owners in really pushing forward on getting a bigger piece of those revenue streams."