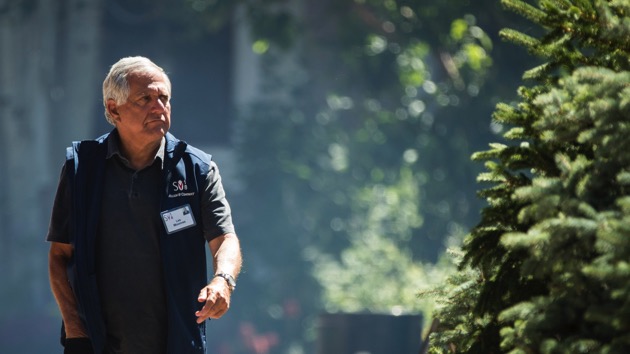 Drew Angerer/Getty Images(NEW YORK) — Former CBS chief Les Moonves tried to profit from his ouster by selling CBS stock before the company publicly disclosed the sexual harassment allegations he faces, a new lawsuit alleged.
The lawsuit, filed in Manhattan federal court, named several other current and former CBS executives who, collectively, are alleged to have sold more than $200 million dollars’ worth of CBS stock “before the disclosures about the company’s sexual harassment and hostile work environment problems were revealed to the market,” the lawsuit said.
What the lawsuit called insider sales “were timed to capitalize on CBS’s inflated stock price before defendant Moonves’ misconduct and the pervasive sexual harassment that permeated the Company was revealed to the market.”
CBS denied the accusation and said all stock sales complied with applicable securities laws.
In addition to Moonves, the lawsuit said that acting chief executive Joe Ianniello, chief accounting officer Lawrence Liding and former communications chief Gil Schwartz collectively sold more than 3.4 million shares in advance of any public announcement about Moonves.
“The timing and amount of the Class Period CBS stock sales by these executives were unusual and suspicious, and further demonstrate defendants Moonves, Ianniello and Liding’s motive to commit fraud,” the lawsuit said.
The allegation was added to an existing lawsuit from the Construction Laborers Pension Trust for Southern California which had already sued the defendants for failing to disclose in a timely fashion “that CBS was beset by a company-wide pattern and practice of sexual harassment.”
The lawsuit alleged the “reputational risk” harmed shareholders as the company’s stock price dropped.
Moonves has denied allegations by six women first outlined in The New Yorker. The CBS board concluded in December it was justified in firing Moonves and denying him a $120 million severance. He has filed an arbitration claim to recover at least a portion of the money.
Copyright © 2019, ABC Radio. All rights reserved.