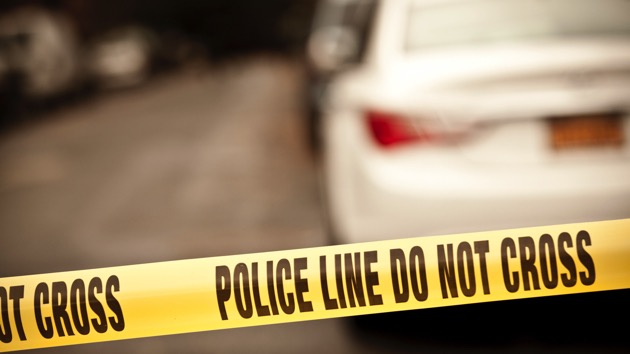 JaysonPhotography/iStock(COLONIAL HEIGHTS, Tenn.) — A man who allegedly shot and killed his wife at a dentist’s office was stopped when he was shot by a bystander.
The suspect, who has not been identified, reportedly entered Dr. David Guy Dentistry in Colonial Heights, Tennessee, on Wednesday morning.
Sullivan County Sheriff Jeff Cassidy described the shooting as a workplace violence and domestic violence situation.
Cassidy did not know what prompted the violence, but did confirm that the suspect and victim were husband and wife. The name of the victim has not been released.
A man with a concealed gun who was at the dentist’s office then shot the suspect, according to authorities, and controlled him until police arrived on the scene.
The suspect is now hospitalized with gunshot wounds, Cassidy said.
The name of the bystander, who Cassidy called a "hero," has not been released.

Kentucky man reported missing at Grand Canyon
‘Tom and Jerry’ earns second-best opening in box office during COVID era
Man vanishes in attempt to swim after boat he lost control of, presumed dead
Murder warrant out for MIT graduate in killing of Yale student
Asian man stabbed in back in Chinatown, suspect charged with attempted murder as a hate crime
Asian man stabbed in back in New York City’s Chinatown, suspect arrested