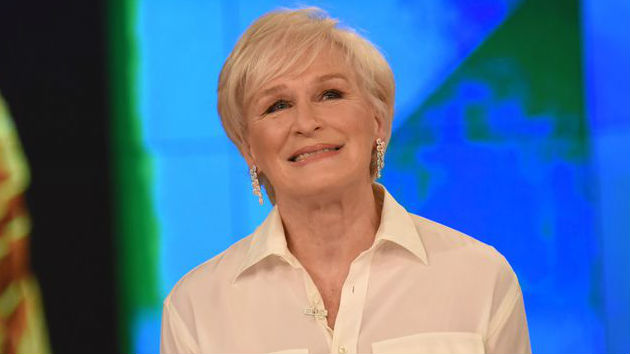 ABC/Paula Lobo(LOS ANGELES) — Lady Gaga and Glenn Close may be competing against each other at the Oscars this year, but that doesn’t mean they won’t work together in the future.

In an interview with The Hollywood Reporter, Close – who’s up for Best Actress in The Wife – says she’d be open to acting alongside Gaga.

“We haven't talked about working together, but I would certainly be open to that,” she says. “She's remarkable, incredibly courageous and creative. A prodigy. So many gifts.”

She recalls participating in The Hollywood Reporter’s The Actress Roundtable with her and sensing Gaga’s “nervousness.”

“I tried to put myself in her shoes,” Close says. “Even though she's accomplished incredible things, as a personality, performer, artist, writer, she'd never been in that particular combination of women before, who are actresses. I tried to put her at ease as much as I could.”

She adds, “I was just thrilled that she was there. She's very articulate and smart. I felt like that was almost a rite of passage for her around that table. I'm very proud of her.”

Close says that while she hasn’t seen Gaga’s Vegas residency show, Enigma, yet, she “can’t wait.”