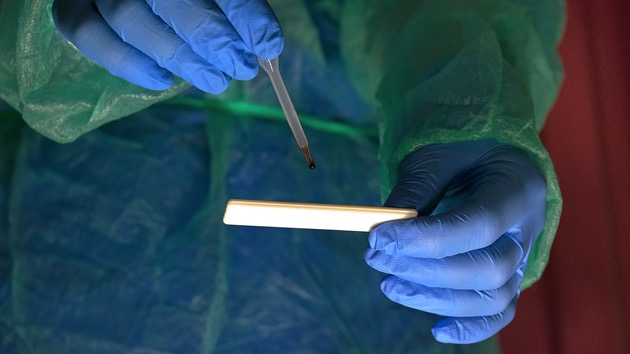 CIPhotos/iStock(MINNEAPOLIS) — A man linked to a cold case through DNA and genetic genealogy is now in custody, 26 years after allegedly killing a Minneapolis woman, according to local police.
Jeanne Ann Childs, 35, was found dead in the bedroom of her Minneapolis apartment on June 13, 1993, according to police. Authorities declined to say how she was killed.
Nearly 26 years went by without an arrest — until a man was arrested Monday in Waite Park, Minnesota, Minneapolis police said.
Police believe the suspect, who has not been named, was not known to Childs.
Through DNA left behind at the crime scene, genetic genealogy was used to investigate and eventually identify the suspect, the Minneapolis Police Department said in a Tuesday statement.
Spokesmen for the Minneapolis police and the FBI declined to specify where DNA was left at the crime scene, how the suspect’s family tree was investigated and how his DNA was obtained.
The novel investigative technique of genetic genealogy takes an unknown killer's DNA from a crime scene and identifies the suspect through his or her family members, who voluntarily submit their DNA to genealogy databases.
The first major public arrest through genetic genealogy was the April 2018 arrest of the suspected "Golden State Killer." Since then, genetic genealogy has helped identify more than 20 other suspects.
"We all hope Jeanne’s family can finally find peace as a result of this tenacious effort by officers and agents," Jill Sanborn, Special Agent in Charge of FBI Minneapolis, said in a statement Tuesday. "This case underscores law enforcement’s ability use every tool at its disposal to crack a case."
The suspect, Jerry Westrom, is being held in the Hennepin County Jail on probable cause of murder, pending the filing of formal charges by the Hennepin County Attorney’s Office, according to police. Prosecutors have until Thursday to determine whether to bring charges, the Hennepin County Attorney’s Office said Wednesday.
Copyright © 2019, ABC Radio. All rights reserved.