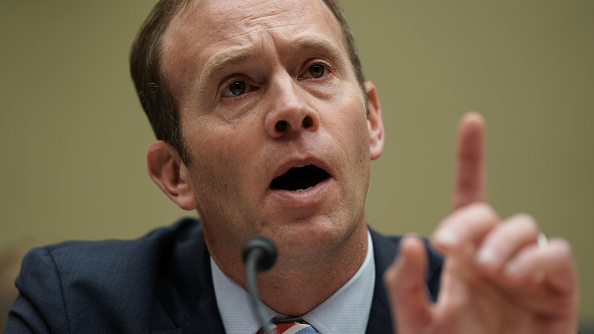 Alex Wong/Getty Images(WASHINGTON) — Brock Long, head of the Federal Emergency Management Agency, announced Thursday he is leaving the agency.
Long was chosen by President Donald Trump to lead FEMA and confirmed by the Senate in 2017. He oversaw the federal response to six major hurricanes and five wildlife disasters.
“While this has been the opportunity of the lifetime, it is time for me to go home to my family — my beautiful wife and two incredible boys,” he said in a statement.
Last fall, an internal investigation concluded that Long improperly used government resources to commute to his home in Hickory, North Carolina. At the time, Long said any wrongdoing was unintentional and that “doing something unethical is not part of my DNA.”
Homeland Security Secretary Kirstjen Nielsen acknowledged that the use of government vehicles was “established practice” by other FEMA administrators. But because Long’s commute home was several hours away, he promised to reimburse the government for use of the vehicles.
In a statement released Friday, Nielsen said Long “has admirably led the men and women of FEMA during very difficult, historic and complex times.”
This is a developing story. Please check back for updates.