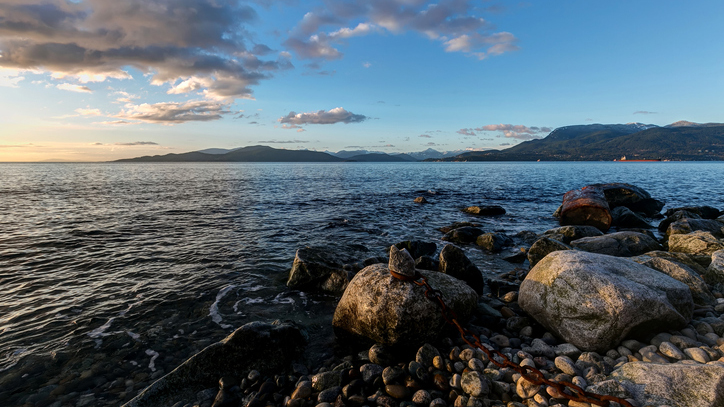 jamesvancouver/iStock(NEW YORK) — Human feet have been eerily washing up on shorelines across Canada's westernmost province for over a decade.
On Monday, the British Columbia Coroners Service appealed for the public's help in identifying the latest foot, which was discovered inside a light grey Nike sneaker on a rocky beach in West Vancouver in September.
The sneaker appeared to be in relatively new condition, and evidence indicates the foot is that of a man younger than 50. But DNA tests were unable to match the remains to any of the profiles for missing persons, according to a press release from the coroners service.
"The BC Coroners Service is asking for any information people may have related to the shoe or to whom it may have belonged," the office said in a statement. "The decedent was wearing a light grey Nike Free RN shoe with a black Nike swoosh logo and white base, white laces and a blue sock. The shoe was a men’s U.S. size 9.5 with an OrthoLite insert. The shoe was manufactured between Feb. 1 and April 17, 2017."
A spokesperson for the coroners service did not immediately respond to ABC News' request for comment on whether foul play is suspected.

This is the 15th human foot found on the shores of British Columbia since August 2007, according to the coroners service. The feet were all clad in shoes, and most belonged to men.