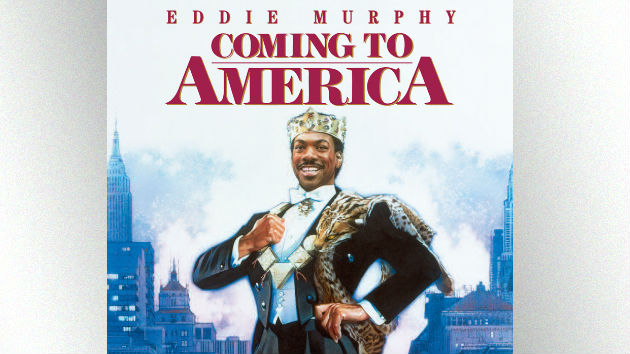 TM & COPYRIGHT © 1988 BY PARAMOUNT PICTURES. ALL RIGHTS RESERVED.(LOS ANGELES) — It's been a long time coming, but Paramount Pictures has finally set a release date for the long-awaited sequel to Eddie Murphy's classic Coming to America.

According to Variety, the still-untitled sequel to the 1988 cult classic will hit theaters August 7, 2020.

Meanwhile, Hustle & Flow director Craig Brewer has signed on to helm the project, which Murphy's also productng. The two recently worked together on the Netflix comedy Dolemite Is My Name, which follows the story of real-life comedian Rudy Ray Moore.

Although official details of the film are still forthcoming, Sheffield told ABC's Good Morning America back in June 2018 that the film will follow Akeem after he learns that he has a son, and returns to America to meet him.