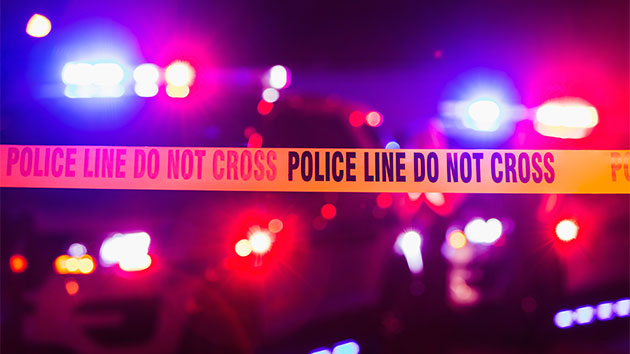 kali9/iStock(NEW YORK) — A New York Police Department detective was killed and a sergeant was wounded as they responded to an armed robbery in the Richmond Hill section of Queens, multiple police sources told ABC News.
The officers interrupted a robbery in progress at a T-Mobile on Atlantic Avenue, officials said.
Both officers were taken to Jamaica Hospital, where Detective Brian Simonsen was pronounced dead.
The sergeant was shot in the hip and is expected to survive, according to police.
Det. Simonsen was shot and killed by a fellow NYPD officer, Police Commissioner James O’Neill said.
Friendly fire aside, O’Neill squarely blamed the detective’s death on the actions of the suspect, described as a career criminal.
“Multiple officers fired multiple rounds” O’Neill said as they responded to a robbery at the T-Mobile store.
At least one suspect was shot and is now in stable condition. It's unclear how many additional suspects there might be.
Police are looking into whether a motor vehicle stop they made after the shooting is connected to the incident, officials said.
The fatal shooting is believed to be the first officer killed in the line of duty since Miosotis Familia on July 5, 2017.