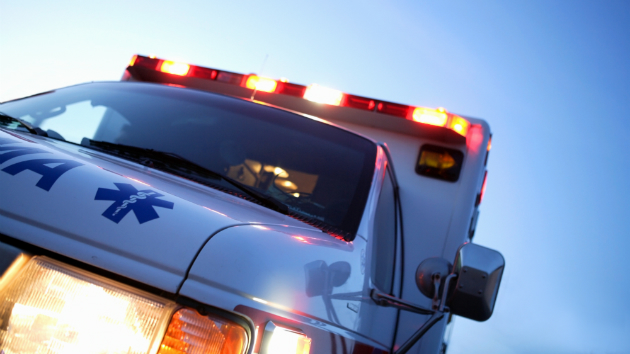 ChristopherBernard/iStock(SOUTH LYON, Mich.) — A Michigan man died on the job after he fell into a vat containing sulfuric acid.
The man, a 54-year-old resident of South Lyon, was an employee at the manufacturing company, Michigan Seamless Tube, the South Lyon Fire Department confirmed to ABC News.
The man was checking to see if a solution in the vat was 10 to 12 percent sulfuric acid when he fell in, South Lyon Fire Department Chief Robert Vogel told ABC News.
The fire department was called to the scene at around 12:20 p.m. on Feb. 9, Vogel said.
The man was pulled out of the vat by two coworkers and was transported to the hospital where he died approximately 11 hours later at 11:30 p.m., officials said.
“He lived in some of the worst pain imaginable,” Vogel told ABC News.
Michigan Seamless Tube released a statement expressing their condolences.
"A valued Michigan Seamless Tube employee was involved in a serious industrial accident on Saturday afternoon. The employee was taken to The University of Michigan Hospital in Ann Arbor. He did not survive his injuries and passed way at the hospital," the statement read. "The employee was 54 years of age. The Company is conducting a comprehensive investigation of the accident and is cooperating with the Michigan Occupational Safety and Health Administration."
Vogel tells ABC News that the Michigan Occupational safety and Health Administration is also investigating the incident.
Copyright © 2019, ABC Radio. All rights reserved.