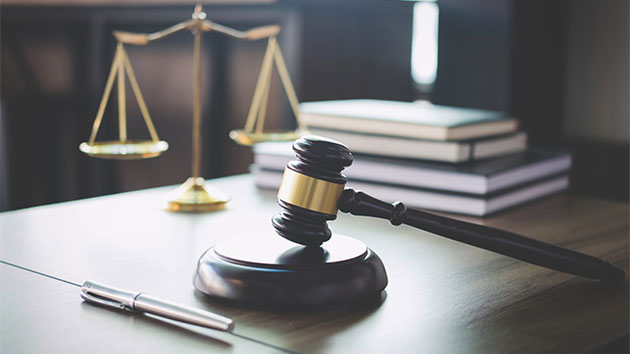 Pattanaphong Khuankaew/iStock(NEW YORK) — A Maine man was arrested in Columbus, Ohio, on Feb. 8 amid allegations that he has been simultaneously married to three different women in three different states.
The Franklin County Sheriff’s Office in Ohio announced the arrest of Michael Middleton, who they nicknamed “Cupid of Chaos.” He is wanted in New Hampshire for bigamy, officials said.
Middleton, 43, is being held in Franklin County Jail on warrants from Maine stemming from charges of domestic violence, violation of protective order, driving under the influence, driving without a valid license, and violating conditions of release, according to a statement from the Franklin County Sheriff’s Office. He has an extradition hearing scheduled for Friday.
According to an earlier January indictment from Strafford County, New Hampshire, Middleton allegedly committed bigamy when he married Alicia Grant in Dover, New Hampshire in 2013, despite already being married to Katherine Lashley in Georgia and Kassandra Shipley in Alabama.
Middleton was scheduled to be arraigned on the bigamy charge in Strafford County on Feb. 7, but did not appear, an official from the New Hampshire Judicial Branch told ABC News.
Grant told ABC Portland, Maine, affiliate WMTW-TV that she was scammed out of $20,000 by Middleton.
"He makes you feel special, he makes you feel like he actually cares about you, and then he marries you, abuses you, drains your assets and leaves," Grant told WMTW.
Middleton was arrested after officials received a phone tip saying that there were warrants out on him, and was in the area, according to the Franklin County Sheriff’s Office. Deputies went to a location in Columbus, Ohio, where the tipster said Middleton would soon be arriving, and he was taken into custody without incident.