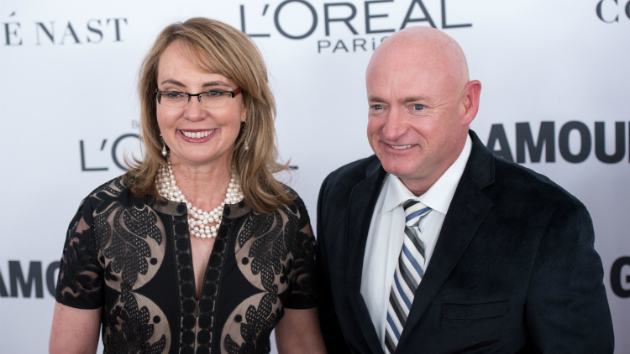 Noam Galai/WireImage(WASHINGTON) — Mark Kelly, a former Navy captain and retired astronaut who has become a strong advocate for gun control in the aftermath of a failed assassination attempt on his wife, former Rep. Gabby Giffords, announced a run for U.S. Senate in Arizona Tuesday.
Kelly, a Democrat, will run for the seat once held by the late Sen. John McCain, now held by GOP Sen. Martha McSally, who was appointed to the seat last year by Republican Gov. Doug Ducey.
The 2020 special election will decide who holds the seat for the last two years of McCain's term and an election again, in 2022, will decide who holds the next full six-year term.
Kelly announced his campaign for Senate in a video on Twitter.

"I learned a lot from being an astronaut, I learned a lot from being a pilot in the Navy, I learned a lot about solving problems from being an engineer. But what I learned from my wife is how you use policy to improve people's lives," he said.
He focused on access to affordable health care, the economy and climate change — and though he didn't mention gun control, the presence of his wife, Giffords, carried a strong message about the role he has played in advocating for her and the issue.
"You remember when you entered Congress for the first time?" Kelly asked Giffords. "You know, I thought then that I had the risky job. Turned out that you were the one who had the risky job."
The couple, seated next to each other on a couch, finished the video with a famous quote passed through naval history about perseverance: "Damn the torpedoes, full speed ahead."
Copyright © 2019, ABC Radio. All rights reserved.