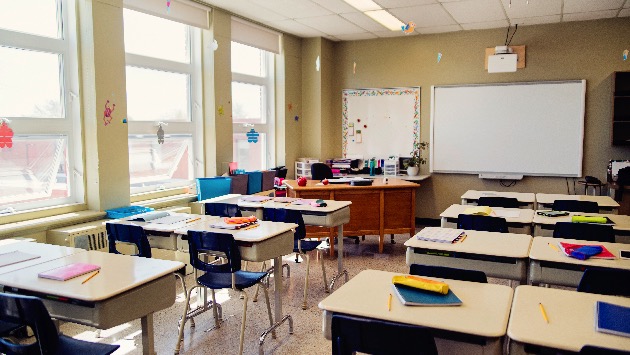 martinedoucet/iStock(DENVER) — As their union leaders and negotiators for the Denver Public School District went back to the bargaining table Tuesday, thousands of striking teachers hit the picket lines for the second straight day determined to win their battle for higher pay.
Contract negotiations, which broke off on Saturday, resumed at 10 a.m. local time and both sides said they were willing to bargain for as long as it takes to end the stalemate that led to the first teachers' strike in Denver in 25 years.
"It's critically important we're here today to dig in, to get to an agreement. I am 100 percent committed to getting there," Susana Cordova, superintendent of Denver Public Schools, said Tuesday morning.
The Denver Classroom Teachers Association said about 3,700 educators are participating in the strike, or about 86 percent of the teachers in the district's 160 schools.
Schools in Denver remained opened Tuesday with substitutes and school administrators filling in for the striking teachers. Many students apparently decided not to attend classes.
On Monday, a chaotic situation broke out at East High School when students left classrooms and danced to blaring music in the hallways before walking off campus en masse.
The union is proposing $28.5 million in teacher compensation while the school district's latest offer came to nearly $25 million. Union representatives say the district's offer ties raises to bonuses and credits for teachers who further their education or work in high-poverty schools.
The average starting pay for teachers in Denver is $43,255. The union is asking that starting pay be boosted to $45,800.
Union representatives claim that many teachers have to work extra jobs just to make ends meet, or leave the district for higher-paying jobs in neighboring school districts.
"If we don't get a significant raise, this will be my last year in the Denver Public Schools," Charlie Gaare, a high school English teacher, told ABC News on Tuesday. "I will move back home to Montana, where I can actually afford to have a family."
Gaare, who has a master's degree, said she's been a teacher for 14 years.
"About three years ago, I realized I was not going to be able to have my own children," Gaare said. "I wouldn't be able to afford to do it. I'm physically capable but don't have the money to be able to actually raise a family in Denver."
Gaare said she hopes the strike will make the school district realize how valuable teachers are.
"I would really like it if Susana Cordova would decide that teachers are worth investing in in a real sustainable way," she said of the school district superintendent. "It would be really nice to be able to get a raise without having to jump through a thousand hoops because we already work really hard for this community."
The Denver teachers' strike comes less than a month after 30,000 Los Angeles teachers went on strike for six days over funding and staffing at schools. The teachers approved a contract that hiked their pay by about 6 percent and achieved a commitment from the Los Angeles Unified School District to reduce class sizes over four years.
The teachers' strikes are part of a larger movement that started last February when West Virginia public school teachers went on strike for nine days before Gov. Jim Justice signed a bill granting a 5 percent pay raise to all state employees.
The West Virginia labor action was followed by teachers' strikes in Oklahoma and Arizona.
Copyright © 2019, ABC Radio. All rights reserved.