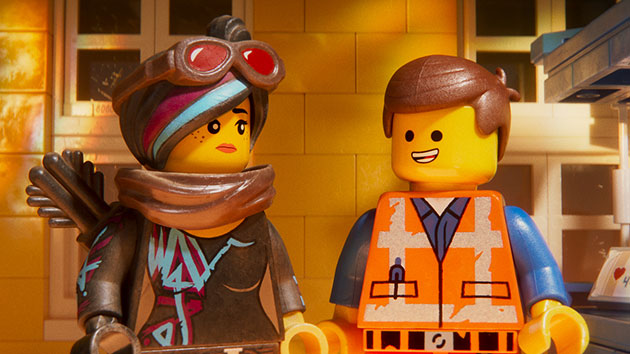 Warner Bros. Pictures(NEW YORK) — The LEGO Movie 2: The Second Part topped the weekend box office with a an estimated $34.4 million opening, though that figure is far below the $50-55 million the film was expected to capture. It's also well below the $69 million the first film debuted with in 2014, and the $53 million opening for The LEGO Batman Movie in 2017.

In fourth place was The Upside, grabbing an estimated 7.2 million. The Kevin Hart-Bryan Cranston comedy has earned a total of $85.8 million stateside and is likely to end up hitting $100 million before its finishes its run.

Rounding out the top five is M. Night Shyamalan's thriller Glass, adding an estimated $6.6 million over the weekend to bring its domestic earnings to $98.4 million. It's earned upward of $221 million worldwide.

The weekend's other new release, the horror film Prodigy, starring Taylor Schilling, delivered an estimated $6 million in its debut, slightly below expectations.