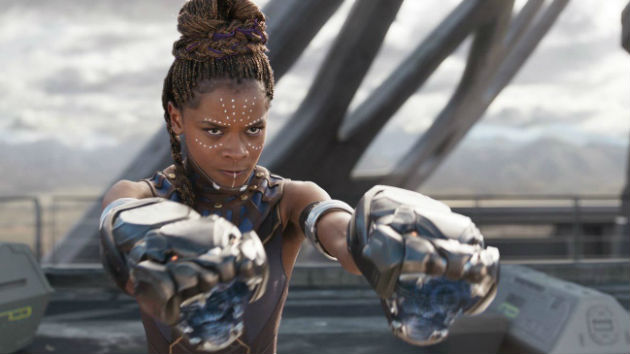 Marvel Studios(LONDON) — Letitia Wright took home the Rising Star Award at the British Academy of Film and Television Arts (BAFTA) awards last night, and after her win, the Black Panther star opened up about her struggle to get there.

"A few years ago I saw myself in a deep state of depression and I literally wanted to quit acting," the 25-year-old said, according to the BBC.

"The only thing that pulled me out of it was God, my belief, my faith and my family, and an email from Bafta asking me to become part of the Bafta Breakthrough Brits," Wright continued. "I was like: 'Let me try again.'"

Wright made BAFTA's Breakthrough Brits list in 2015 and has since starred in Black Mirror, and the back-to-back Marvel blockbusters Black Panther and Avengers: Infinity War.

Now, looking back, Wright acknowledges the importance of her bumpy journey, and says she's thankful that she's stayed on course.

"This wasn't an overnight thing, this wasn't a click of a finger success, and I'm still a work in progress, but I want to thank God, my family, my team," she says. "I want to thank everybody who said yes to me, that gave me a chance, and just saw my talent and saw what God placed in me, and said 'yes.'"

After Wright's win, her Black Panther co-star Lupita Nyong'o congratulated her, posting a photo of the actress holding her trophy. Oscar winner Nyong'o added, "Living life and winning at it! Congrats Baby Underbite!!"

‘Degrassi: The Next Generation’ star Jahmil French dead at 29
‘iCarly’ star Jennette McCurdy quits acting: “I resent my career in a lot of ways”
‘Raya and the Last Dragon’ star Kelly Marie Tran muses on scoring the Disney pop-culture Triple Crown
Black business owners must overcome obstacles to have a chance at building wealth
NFL star JJ Watt signs with Arizona
Nick Jonas won’t star in action thriller ‘The Blacksmith’ after all