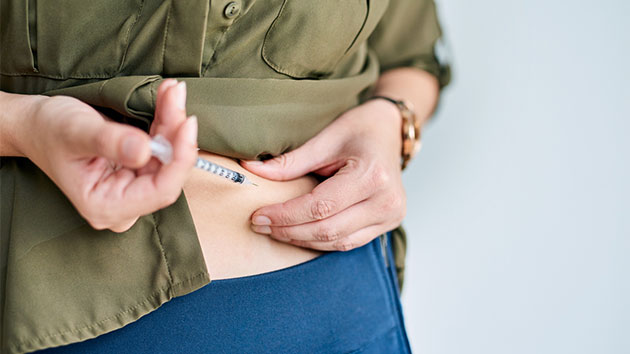 (BOSTON) — Researchers from the Massachusetts Institute of Technology have developed a way for diabetics to administer insulin orally, potentially doing away with the need for painful daily needle pokes in the near future.

The new delivery method comes in the form of a blueberry-sized pill. Once it’s swallowed, it is able to align itself on the tissue of the gastrointestinal tract and deploy a tiny needle, known as a “millipost,” which delivers the insulin, according to a report published in Science.

For many diabetics, insulin is a lifesaving medication that helps to regulate their blood sugar. Administering insulin has typically involved several needle pokes over the course of a day as diabetics monitor their blood sugar. These can often be painful and inconvenient, which is why the MIT scientists have developed the new device.

“The oral route is preferred by both patients and health care providers,” Giovanni Traverso, a senior author of the paper and assistant professor at the Brigham and Women’s Hospital in Boston, told ABC News.

Although the pill technology has only been tested in rats and pigs, trial results showed that the animals did not suffer any complications or side effects, such as blockages in the administration of the drug or unwanted perforations in the gastric tissue. That said, the device is still in its early stages of development and more testing is needed.

“We anticipate the first human trials will happen within the next three to five years, but then the device will need to go into clinical trials as well,” first author Alex Abramson, a graduate student at MIT, told ABC News.

While the MIT device may be among the first to deliver insulin orally, there have been other innovations in insulin delivery that have also been injection-free, including the inhalable insulin Afrezza and insulin pumps, which attach to the skin and deliver insulin through a flexible plastic tube. According to the American Diabetes Association, these pumps "deliver insulin more accurately than injections."

For a long time, it had been difficult to develop an oral route for insulin, since the hormone is broken down in the digestive process. The MIT device might change that, and much more.

“We hope that anything that is currently delivered via an injection could be given using this pill,” said Bob Langer, a senior author and professor at MIT.

Dr. Erica Orsini is an internal medicine resident and a member of the ABC News Medical Unit.