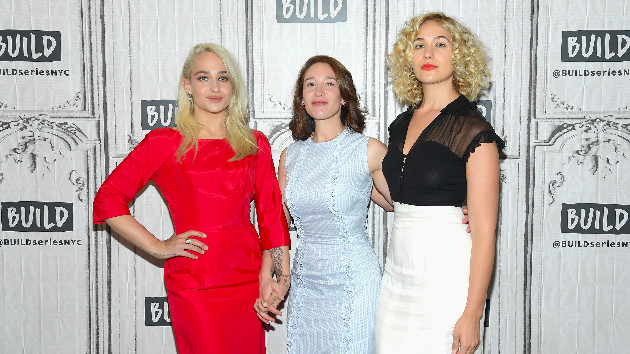 Jemima and Lola play Andrea and Tara, respectively, in the indie flick about two sisters dealing with messy relationships. Although most people know Jemima for her role as Jessa on Girls, Forrest says this film is her real acting debut.

"What she did in Girls was definitely a version of herself and this character was much more of a stretch and took a lot of digging and a lot of work," Forrest tells ABC Radio. "She went to a really, really vulnerable place, so I think she also feels like this is her first true acting role."

As for the two sisters working together, Forrest admits it may not have been the first opportunity they'd gotten — just the first time they'd agreed to it.

"We all joke…it's like Fleetwood Mac making Rumours where the backstage relationships are so complex and painful and what ends up on the album is really beautiful," she says. "And we love our film and we think that we did the same."

It was a very female-centric set, with all of the film’s department heads being women. But it also features supporting turns from "male allies" Jamie Dornan and Forrest’s then-husband, Ben Mendelsohn.

"[In] their league of highly coveted male actors, they were the only ones who were prepared to play second fiddle to female leads," Forrest says. "And it's tricky to get male actors to even read a script where they're not the lead, when they get to a certain level. So…that's something A-List actors could think about."

Untogether is in theaters and on demand today.