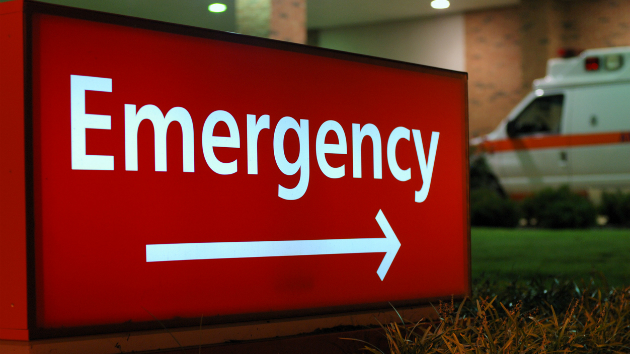 sshepard/iStock(CHICAGO) — (CHICAGO) — A 1-year-old boy was shot in the head and critically injured in Chicago Thursday night, according to police.

In California, a 10-year-old boy was also shot in the head and hospitalized, authorities there said.

The baby in Chicago was rushed to the hospital, where he was listed in critical condition, said Sally Bown, a spokeswoman with the the city's police department.

The boy, who was not named, was in a parked car with four other people when, at about 5:30 p.m., a car described by police as a dark, older model sedan pulled up next to them, Bown said.

Someone either on foot or from inside that vehicle opened fire at the car, striking the baby, Bown said.
No arrests have been made, she added.

Shootings and murders are down this year in Chicago compared to the same time period last year, according to the Chicago Police Department.

So far this year, the city has seen 134 shootings and 28 slayings, department data show.

The same night, the boy in California was also shot in the head as he sat in a car, California Highway Patrol officials said.

The young victim was in a car on a freeway in the San Bernardino area when he was struck at about 9 p.m., according to the California Highway Patrol.

The boy, whose name wasn't released, was hospitalized with serious injuries, according to the highway patrol.