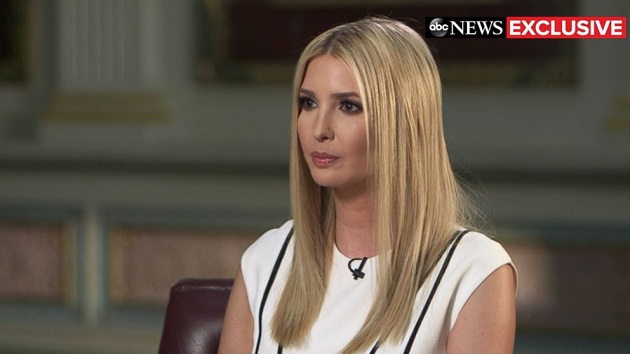 The force behind the initiative: the president’s daughter and adviser, Ivanka Trump.

“It's a culmination of a lot of hard work but also really the beginning because the program's now stood up and we have to execute on a very ambitious goal,” Ivanka Trump said in an exclusive interview with ABC Abby Huntsman, co-host of The View, following the launch of the initiative.

The $50 million fund, also known as W-GDP, will be distributed by USAID with the ambitious goal of empowering 50 million women in developing countries by 2025.
Trump said the initiative will aim to make resources available to women through education and vocational training, help women gain access to capital to execute on entrepreneurial ideas and aim to promote women’s interests in countries where there are legal and cultural barriers hampering women’s engagement.

Trump said the initiative was not only envisioned as an opportunity to provide economic assistance to women in the developing world, but also has ties into national security.
“We know there's a correlation between gender inequality and conflict, there's tremendous amounts of research. There's a reason today, the president signed WGDP as a national security presidential memorandum,” she said. “It is in our domestic security interests to empower women”
President Trump applauded his daughter for doing an “incredible job” during an Oval Office ceremony to formally launch the initiative and predicted it will outperform its goal of helping 50 million women.