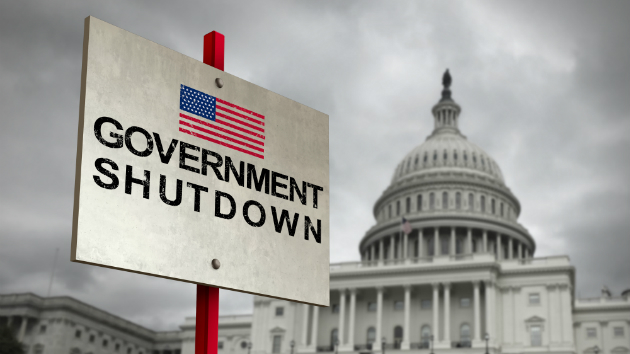 wildpixel/iStock(WASHINGTON) — Though government agencies reopened their doors nearly two weeks ago, experts have warned that the impact of the longest shutdown in history still lingers with continued delays in the release of key federal data.
"We are really fortunate," said Amitrajeet Batabyal, an economics professor at the Rochester Institute of Technology. "We are probably one of the very small number of countries who generally puts out very reliable and very extensive data."
For example, Batabyal cited sales data from the Department of Agriculture, which farmers use to make decisions about how to manage crops.
"When you think of the Census Bureau, most Americans think of some folks coming to tally how many people there are in the U.S. every 10 years. But the Census Bureau actually puts out a lot of other information on all types of things," Batabyal said.
The Census Bureau and Bureau of Economic Analysis both released information about the delays Wednesday, indicating that some reports will be published more than a month behind schedule. The Bureau of Economic Analysis also indicated it would not publish its fourth-quarter gross domestic product report until Feb. 28, roughly a month later than scheduled.
The delay could affect a range of people and institutions, even the Federal Reserve, Batabyal said.
"You can see how there would be a gap in the Fed's knowledge about the current health of the U.S. economy," Batabyal said.
The Federal Reserve makes decisions that depend, at least in part, on the availability of these reports, he added.
For Lawrence Yun, chief economist for the National Association of Realtors, there's no substitute for the data he lacked because of the shutdown. He said that for close to a month he was cut off from housing information typically provided by the Census Bureau and the Department of Housing and Urban Development.
Reports on new-home construction and sales, which are essential for his industry to gauge supply, were sorely missed, he said.
No outsiders have developed similar data sets, Yun said, so there were really no alternatives.
"The industry has been so reliant on the government data," Yun said. "We were just blind about the latest developments."
Even when third parties offer their own versions of this data, experts aren't inclined to use it.
"There is no question in people's minds that generally the data that's put out by the U.S. government tends to be the most trusted, because it's generally nonpartisan," Batabyal said. With private groups "there's always the suspicion that maybe their agenda's skewed."
Yun called the shutdown "a clear, unambiguous negative" for information and for the housing industry. In addition to the uncertainty created by the lack of information, he cited the fear that shutdowns can build among consumers, which, in the real estate market, creates major problems.
"Home buying is such a major expenditure," Yun said. "People need to feel comfortable about what they are purchasing."
Copyright © 2019, ABC Radio. All rights reserved.