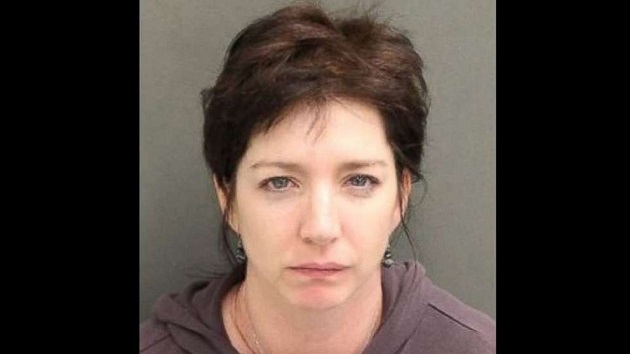 Winter Park Police Department(ORLANDO, Fla.) — Police arrested a Florida woman on Tuesday who allegedly killed her husband and tampered with the crime scene.
Danielle Redlick, 45, was arrested and charged with second-degree murder in connection with the suspicious death of her husband, Michael Redlick, a University of Central Florida executive found dead in their home last month.
Police with the Winter Park Police Department found Michael Redlick, 65, unresponsive on Jan. 12, but investigators did not immediately disclose the circumstances surrounding his death.
Danielle Redlick allegedly reported the death nearly 11 hours after it happened, according to an arrest warrant. She allegedly called 911 to report a "tragedy at her home," telling dispatchers her husband appeared to be dead.
"He's been … I just … he's stiff and he might have had a heart attack. I don't know," she said, according to the warrant.
When the dispatcher asked whether she'd just discovered the body, she replied: "No, actually. It happened last night," according to the warrant. She claimed her husband had tried to choke and suffocate her before she grabbed a knife, which he grabbed from her before stabbing himself.
"We had an altercation and he stabbed himself, and I ran and hid in the bathroom, and when I came out I was trying to help him and saw he was lying in blood," she allegedly told the operator. "I tried to help him and I couldn't."
When asked if she thought her husband had died from the stab wound or a heart attack, as she'd mentioned before, she said: "Um … probably the stabbing triggered it. I guess. I don't know. It's a shoulder wound."
Responding officers said it appeared as if someone had attempted to clean up the scene.
"The crime scene appeared to have been tampered with," the arrest warrant said. "There was a strong smell of bleach in the residence. Circular markings appeared to be in the blood as if someone had been trying to wipe up the blood."
Danielle Redlick was arrested on Tuesday morning after a weeks-long investigation and held at the Orange County Jail in Orlando, Florida. It's unclear if she's obtained an attorney.
Copyright © 2019, ABC Radio. All rights reserved.