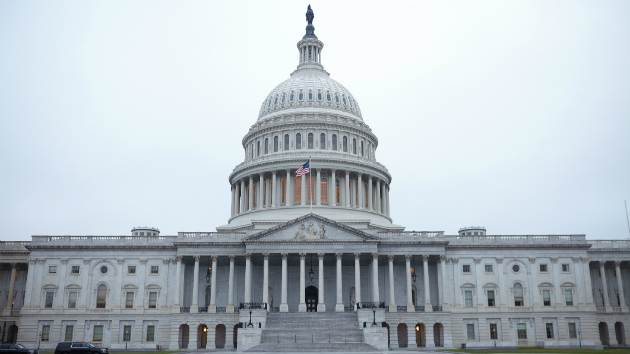 Luka Banda/iStock(WASHINGTON) — In the House’s first congressional hearing on gun violence prevention in almost a decade, tensions flared between a Florida Congressman and the father of a high school shooting victim.
During the meeting Tuesday, Rep. Matt Gaetz, R-Fla., said illegal immigration, not guns, is a major factor behind acts of public violence that have plagued the nation over the past two decades.
The proposed legislation, currently in committee, would impose universal background checks on gun sales. The hearing took place one week before the one-year anniversary of the deadly shooting at Marjory Stoneman Douglas High School in Parkland, Florida which left 17 people dead and more than a dozen injured.
“As we hear the stories and circumstances for those here, I hope we do not forget the pain and anguish and sense of loss felt by those all over the country who have been the victims of violence at the hands of illegal aliens,” Gaetz said. The proposed legislation "would not have stopped the many of the circumstances I raised. But a wall, a barrier on the southern border may have.”
These comments stirred boos from the gallery and caused Manuel Oliver to yell “That’s not true,” according to those in the audience. Oliver’s son, Joaquin, was 17 when he was killed.
Gaetz continued his line of discussion and Oliver interrupted him at least two more times. Gaetz then petitioned Chairman Jerrold Nadler, D-N.Y., to remove Oliver from the gallery.
Nadler declined to eject Oliver, saying the choice fell to his discretion. He warned the gallery against further interruption.
“It is never permissible for members of the audience to comment or to vociferously object,” said Nadler. “This is a hearing for members of Congress and the witnesses. Everyone else is here as an observer.”
Rep. David Cicilline also fired back at Gaetz.
"Is there any committee rule a member of Congress from reciting false statements in a committee hearing that are unsupported by evidence?" Cicilline asked of the chairman. "Or are members of Congress entitled to make things up in support of specious arguments?"
His questions were met with applause, with standing ovations from a handful of people in the room.
The gallery was filled with members of the March for Our Lives movement, the organization that grew from the survivors of the Parkland shooting.
The night before, the president made no mention of gun violence prevention in his State of the Union address.
Copyright © 2019, ABC Radio. All rights reserved.

House passes bill that would prohibit discrimination against LGBTQ Americans after days of heated debate
Walton Goggins on playing against type as a grieving dad, in CBS’ hit ‘The Unicorn’
#MeToo, Time’s Up and National Women’s Law Center launch campaign for Black survivors of sexual violence
Vivek Murthy to talk about his own family lost to the pandemic in nomination hearing
Senate holds first public hearing into Capitol assault security failures
Senate to hold first public hearing on Capitol insurrection