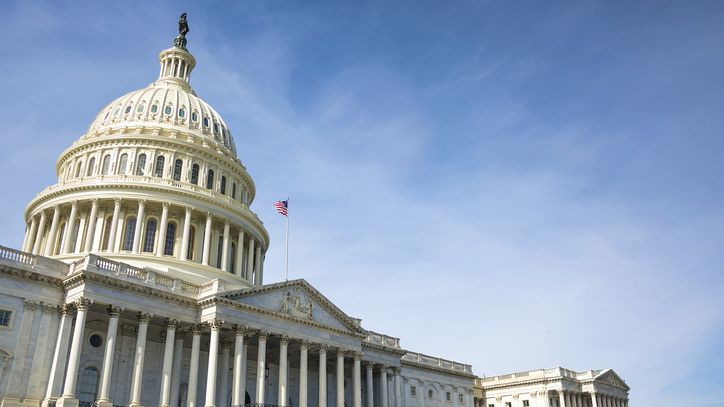 rarrarorro/iStock(WASHINGTON) — The 17-member committee charged with hashing out a border security deal in order to avert the next government shutdown in just eight days is inching closer to a deal, senators have told ABC News.
One Democratic senator, Jon Tester of Montana, told reporters on Thursday that negotiators on the bicameral, bipartisan committee could reach a deal as soon as Friday, if not by the weekend.
“[It’s] entirely possible we could have a deal in a timely manner, which could be tomorrow but certainly by the weekend,” Tester said.
House and Senate negotiators are hoping to hammer out a deal before Monday, which would leave them with just enough time next week to vote on the measure in both chambers before the government is due to shutdown at midnight on February 15.
The Senate’s top Republican appropriator – Sen. Richard Shelby of Alabama – met with President Trump at the White House on Thursday and called the president “reasonable” in his temperament.
“I don’t know that he’d sign whatever we came up with, but I had a very positive conversation with the president and the vice president earlier today,” Shelby said.
“I believe, he was very reasonable with us,” Shelby added.
Trump indicated to Shelby that he is “looking to keeping the government open” and that he wanted to find a legislative solution to building his prized border wall.
“We’ll see what happens, but I certainly hear they’re working on something, and both sides are moving along,” Trump told reporters at the White House following his meeting with Shelby.
“We need border security. We have to have it. It’s not an option,” Trump said.
Shelby, for his part, admitted it’s not an easy task.
“It’s going to take a lot of money, and a lot of years, a lot of building and a lot of technology, and a lot of manpower,” Shelby said.
“But I think it’s important,” he added.
Negotiators are discussing a deal that would fund the government for the current fiscal year, Shelby told reporters.
But it's unclear how much funding, if any, would go to the border wall.
His comments come after Senate Majority Leader Mitch McConnell told reporters earlier in the day that he is not interested in another short-term spending deal like the one they just passed late last month.
Another top negotiator on the committee – GOP Sen. Roy Blunt of Missouri – told reporters Thursday that members in the committee, including Democrats, aren’t entirely opposed to building barriers.
“A lot of this is extending walls that other presidents have built, and improving walls other presidents have built,” Blunt said.
House Speaker Nancy Pelosi also expressed optimism – if only President Trump would lay low — that the government won’t shut down again one week from tomorrow, expressing confidence that appropriators will strike a deal on border security “to protect our borders as we protect our values.”
“I have confidence in the appropriators not because I know what they are doing, but because I have confidence in the appropriations process,” Pelosi said earlier Thursday, emphasizing she would support a “fair conclusion.”
“I ask the administration to be as non-interventionist as I am on that. Just let them do their work and hopefully we’ll get some good news in a short period of time and certainly in time for the deadline of February 15,” she added.
Asked just how close negotiators are, Shelby told us: “Pretty close, but we’re not closed.”