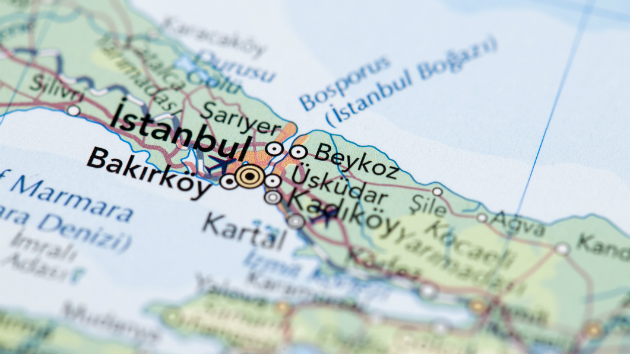 omersukrugoksu/iStock(LONDON) — A 5-year-old girl was pulled from a massive pile of rubble on Thursday in Istanbul, some 18 hours after a 14-unit apartment building collapsed and killed at least three others.
The eight-floor building in which the girl lived collapsed around 4 p.m. local time in the Turkish capital's Kartal district.
Three people were found dead after the structure fell, and three more were seriously injured, officials confirmed.
Video footage shows Havva Tekgoz, 5, being uncovered from rubble by rescuers before she's taken away on a stretch. A 9-year-old boy also was rescued overnight.
Authorities are investigating the cause of the collapse.