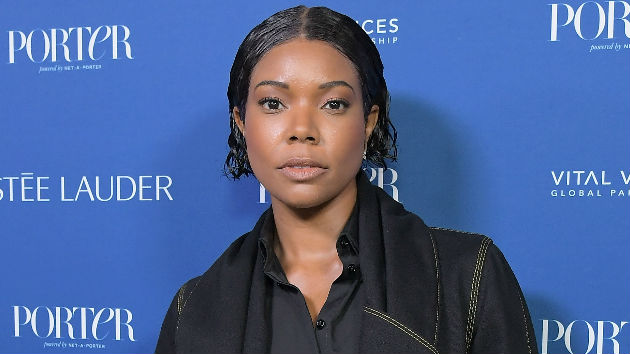 Photo by Presley Ann/WireImage
Posted on February 7, 2019 by ABC News

Photo by Presley Ann/WireImage(LOS ANGELES) — Actress and new mom Gabrielle Union admits she felt like she was "surrendering to failure" when she decided to use a surrogate to have her first child.
Union, 46, welcomed her first child with husband Dwyane Wade, last November, and has been open about her struggles with infertility, multiple miscarriages and medical issues in the past.
Still, in a new interview with Women's Health magazine, the actress admits that the "idea" of using a surrogate to welcome baby Kaavia James into the world was something she struggled to accept.
“There’s nothing more that I wanted than to cook my own baby," Union said, adding that when it comes to surrogacy: "The idea of it felt like surrendering to failure.”
As someone in the spotlight, she adds that she was especially apprehensive about the public's reaction to finding out she went with a surrogate.
“People want to see the bump, hear that you got hemorrhoids — they want to know you’re like them," she said. "I was like ‘This is going to seem like the most Hollywood s*** ever. Will I be embraced as a mom?' It’s terrifying.”
The actress also revealed how she picked her surrogate, saying, "Some people care about the race, religion, or food habits of their surrogate. I was like, ‘I want a reader.’”
One thing the Bring it On actress says she didn't have any qualms about was becoming a first-time mom in her 40s, adding, "Any earlier and the FOMO would have greatly influenced how I parented."
"Now I’m in the right mindset and mental space…I’m open to being the best mom I can be,” she said.
The new issue of Women's Health magazine is now on newsstands nationwide.