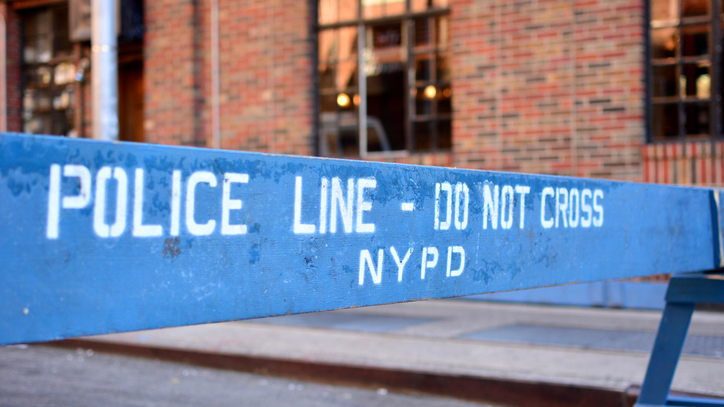 Onnes/iStock(NEW YORK) — A federal investigation has been launched into why inmates at a New York detention center were left to endure days of bone-chilling weather following a fire that knocked out electricity — conditions Gov. Andrew Cuomo said appeared to violate the civil rights of those incarcerated.
The Department of Justice ordered the Office of Inspector General to investigate the troubling conditions at the Metropolitan Detention Center in Brooklyn that prompted a lawsuit and protests by relatives of inmates.
"The Department of Justice and the Federal Bureau of Prisons are committed to the safe and humane living and working conditions of all inmates and employees," DOJ officials said in a statement.
The Office of Inspector General has been asked to review the circumstances and determine if the Bureau of Prisons, which runs the waterfront facility, responded appropriately when a Jan. 27 electrical fire at the center knocked out power for a week.
Power at the center, which houses about 1,600 inmates awaiting trials, wasn't restored until Sunday evening.
The DOJ statement, released late Wednesday, says the Inspector General will also review whether the Bureau of Prisons "has in place adequate contingency plans for such an incident."
"DOJ and BOP will continue to work to ensure that MDC Brooklyn meets all required standards," the statement reads.
A federal lawsuit filed Monday on behalf of the Federal Defenders, lawyers who represent inmates locked up at the facility, alleges that the response to the deteriorating conditions at the center was "woefully inadequate."
The lawsuit asked the federal court to restore inmates' "constitutional rights, including their access to legal counsel."
The lawsuit claims that during the power failure hundreds of inmates were locked into darkened cells, subjected to frigid temperatures for days and denied hot water and critical medical care.
"The conditions at the MDC and the behavior of the officials in charge are disgraceful and inhumane and represent wholesale violations of our clients' constitutional rights," Dave Patton, executive director and attorney-in-chief of the Federal Defenders, said in a statement.
Gov. Cuomo called on the Department of Justice to investigate why inmates were kept in unheated cells during a polar vortex that hit the city last week, sending temperatures plummeting to as low as 2 degrees.
"We have said to the Justice Department it's an outrage," Cuomo said during a news conference on Monday. "It violates the civil rights and civil liberties of the people who are incarcerated. Just because you are incarcerated doesn't mean you give up your civil rights and civil liberties."

Federal judge’s ruling allows deportations to continue despite Biden’s attempt at pause
Ahmaud Arbery’s mother files federal lawsuit against 3 men accused of killing son
Let’s all go to the movies…well, some of us: New York City theaters to reopen March 5 with capacity caps
One more hit of wintry weather before spring-like conditions for Eastern US
DCNR warns of hazardous, snowy conditions on state forest roads
Icy blast stretching from Dallas to New York but warmth is on horizon for the South