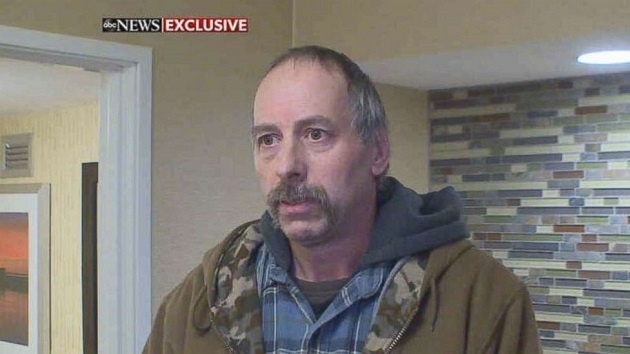 ABC News(NEW YORK) — The father of the young man accused of kidnapping 13-year-old Jayme Closs and killing her parents said he's heartbroken for the girl and is struggling to make sense of it all.
"My words can mean nothing after such a tragedy has taken place," Patrick Patterson told ABC News in an exclusive interview airing Thursday on Good Morning America. "I most definitely want Jayme's family to know, everyone to know, that our hearts are broken for their family."
Patrick Patterson's 21-year-old son, Jake Patterson, allegedly abducted Closs from her home in rural Barron, Wisconsin, after gunning down her parents before dawn on Oct. 15. Closs was allegedly held captive at Jake Patterson's home until she escaped in January.
"I'm very sorry for everything that has happened," Patrick Patterson told ABC News. "These words come directly from my heart and my family's heart."
"I wish for a complete healing of Jayme's mind, heart and soul," he added.
Jake Patterson was charged with two counts of first-degree intentional homicide, kidnapping and armed burglary. He appeared in court Wednesday.
"I would like to thank the federal, local and state authorities for their professional and respectful way in which they have treated me and my family," Patrick Patterson told ABC News. "I would also like to thank the media for the way in which they've been patient and understanding with this difficult matter. It has been a very difficult time for us."
Jake Patterson confessed to investigators that he targeted Closs after seeing her board a school bus, according to a criminal complaint.
He told investigators he created a space under his bed for Closs in his house in Gordon, Wisconsin. When he would leave the home, he'd put barbells and free weights around the bed so she couldn't escape, according to the complaint.
Closs told investigators that Patterson "would make her stay under the bed for up to 12 hours at a time with no food, water or bathroom breaks," according to the complaint.
On Jan. 10, when Patterson left the residence, Closs fled to safety, according to court documents.
Jake Patterson's maternal grandfather, Jim Moyer, said he was shocked when he heard the news and hoped it was a case of mistaken identity. He described his grandson as "shy and quiet" but a "nice boy, polite."
"Nobody had any clues until this thing happened," Moyer told ABC News on Jan. 15. "I can't fathom anything in his life that could change him so drastically. It has to be some kind of a twist in the mindset."
Jake Patterson, clad in an orange jumpsuit, appeared in Barron County Circuit Court on Wednesday, where he waived his right to a preliminary hearing. His arraignment was set for March 27. He's being held on a $5 million cash-only bond in the Polk County Jail in Balsam Lake, Wisconsin.

Murder warrant out for MIT graduate in killing of Yale student
US refugee agency for children at risk of maxing out capacity
John Mulaney reportedly out of rehab and “doing well”
Becca Cosmetics is going out of business after 20 years
Texas doctor discusses firing over alleged COVID-19 vaccine theft: ‘I did what I believe was expected’
Daniel Kaluuya says he “wasn’t invited” to the world premiere of ‘Get Out’