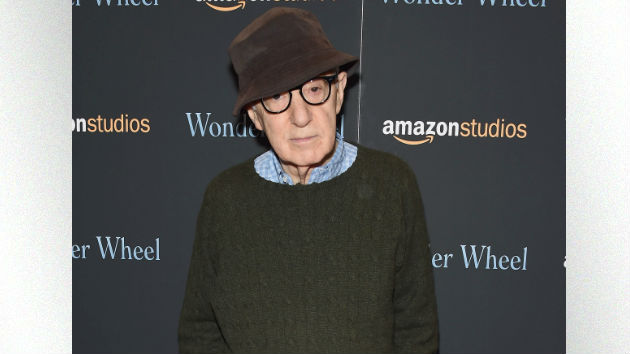 Photo by Gary Gershoff/WireImage
Posted on February 7, 2019 by ABC News

The lawsuit, which seeks more than $68 million in damages, claims Amazon backed out of its agreement as Dylan Farrow, the adopted daughter of Allen's ex-girlfriend Mia Farrow, became more vocal about her accusation Allen had molested her.

The filmmaker fired back in the lawsuit, obtained by ABC Radio. It states that Amazon not only agreed to pay for and distribute his movies, but also to be Allen's "'home' for the rest of his career."
The suit continued, "Amazon has tried to excuse its action by referencing a 25-year-old, baseless allegation against Mr. Allen, but that allegation was already well known to Amazon (and the public) before Amazon entered into four separate deals with Mr. Allen — and, in any event it does not provide a basis for Amazon to terminate the contract."

"There simply was no legitimate ground for Amazon to renege on its promises," the suit concludes.

Amazon began its relationship with Allen in 2015 when it ordered his series Crisis in Six Scenes. It also produced his film A Rainy Day in New York, which starred Selena Gomez, Timothée Chalamet, and Jude Law, among others, but it's yet to see the light of day, and it might never do so.

Indeed, Chalamet, and Rainy Day co-star Rebecca Hall have vowed never to work with Allen again, and donated their salaries from the film to charities including RAINN and the Time's Up Legal Defense Fund.