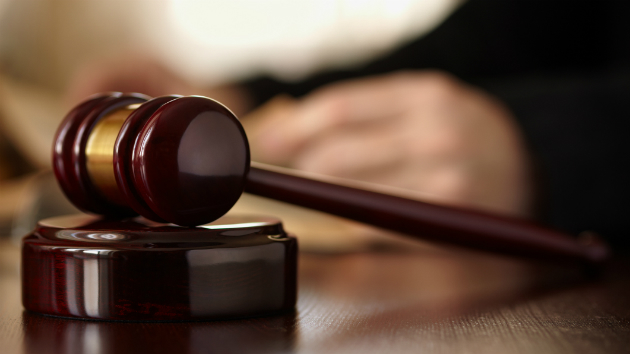 Kuzma/iStock(ATLANTA) — A federal appeals court on Wednesday blocked the execution of a Muslim inmate in Alabama after the state refused to allow his imam to be at his death instead of a Christian prison chaplain.
The United States Court of Appeals for the Eleventh Circuit granted an emergency stay of execution for 42-year-old Domineque Ray one day before he was scheduled to be put to death for the rape and murder of 15-year-old Tiffany Harville more than two decades ago in Selma, Alabama. The Alabama attorney general's office has asked the United States Supreme Court to vacate the stay and let it proceed with the execution scheduled for Thursday evening, according to court documents.
"The central constitutional problem here is that the state has regularly placed a Christian cleric in the execution room to minister to the needs of Christian inmates, but has refused to provide the same benefit to a devout Muslim and all other non-Christians," a panel of three district judges wrote in their decision Wednesday.
Ray has been held at the Holman Correctional Facility in Atmore, Alabama, since he was convicted and sentenced to death in 1999. He has been a devout Muslim since at least 2006 and has been meeting with his current imam who has provided religious ministry to Muslim inmates like Ray since 2015, according to court documents.
On Jan. 23, two weeks before his scheduled execution, Ray met with the prison warden who, apparently for the first time, explained the practices and policies that the Alabama Department of Corrections adheres to during executions. Among other things, the warden told Ray that a Christian chaplain employed by the department would be in the death chamber as a lethal cocktail of drugs is administered. The inmate's designated witnesses, along with any spiritual adviser other than the prison chaplain, may be seated in a witness room, separated from the execution chamber by a large window, according to court documents.
Ray asked if he could bring in his imam in place of the prison chaplain, but was told his request couldn't be honored due to the department's policy. Ray and his attorneys filed a civil rights complaint and an emergency motion for stay of execution on Jan. 28, claiming the policy violated his constitutional rights.
The Alabama Department of Corrections has agreed to exclude the prison chaplain from the death chamber, but a district judge on Friday denied Ray's initial request for a stay of execution. The judge wrote that Ray waited "until the eleventh hour" to make his legal claim, it's a matter of safety and security, and Ray's imam, who is not a department of corrections employee, is "untrained, inexperienced and outside the state's control."
Ray filed an appeal and the court overturned the denial.
"We welcome this decision and hope Mr. Ray will ultimately be provided equal access to spiritual guidance," Ali Massoud, the government affairs coordinator for the Alabama chapter of the Council on American-Islamic Relations (CAIR), said in a statement Wednesday.
The three-judge panel wrote in their decision that it was "exceedingly loath to substitute our judgment on prison procedures," but that "it looks substantially likely to us that Alabama has run afoul of the Establishment Clause of the First Amendment."
"What is central to Establishment Clause jurisprudence is the fundamental principle that at a minimum neither the states nor the federal government may pass laws or adopt policies that aid one religion or prefer one religion over another," the judges wrote. "And that, it appears to us, is what the Alabama Department of Corrections has done here."
Copyright © 2019, ABC Radio. All rights reserved.