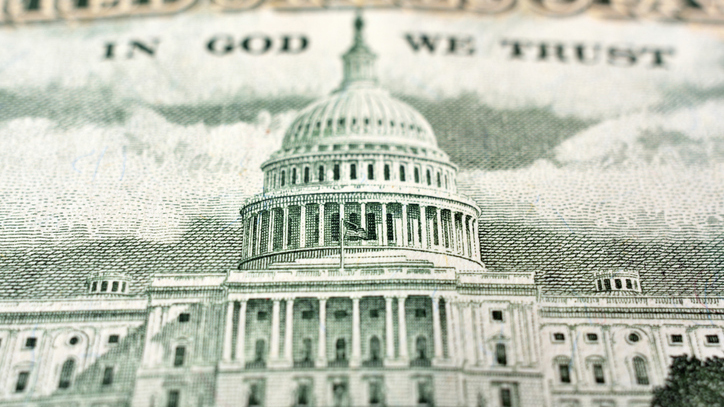 flavijus/iStock(WASHINGTON) — The Consumer Financial Protection Bureau Wednesday took the first steps to roll back regulations on payday lenders by announcing plans to change an Obama-era rule that was set to go into effect later this year.
The proposed rule changes would scrap a regulation that requires payday lenders to assess whether potential borrowers can repay loans before issuing them.
In a statement, the bureau announced that its initial discovery showed that rescinding the rule would increase consumers access to credit.
But the new proposal has consumer watchdog groups, many of whom were fierce advocates for the previous rule, crying foul. They say that reversing the rule will allow predatory lenders to continue to charge annual percentage rates in the triple digits on short term loans that often target low-income communities.
“Consumer Financial Protection Bureau, under Director Kathy Kraninger, has officially given predatory debt traps its seal of approval,” said Mike Litt of the U.S. Public Interest Research Group. “By proposing to get rid of its underwriting requirement, the CFPB is gutting its own protections.”
The proposal also drew criticism from House Financial Services Chairwoman Maxine Waters, who said in a statement that she was "deeply troubled" by the proposal to "gut a much needed rule that would have reined in payday lenders."
"This proposal essentially sends a message to predatory payday lenders that they may continue to harm vulnerable communities without penalty," Waters said.
The proposal marks one of the first major policy positions taken by Kraninger, the bureau’s new director. She was narrowly confirmed to head the CFPB in December, but plans to reassess the rule were first laid while the CFPB was under the leadership of Mick Mulvaney, who served as the bureau’s acting director before becoming President Donald Trump’s acting chief of staff in December.
After years of research under President Barack Obama, the CFPB moved forward with implementation in Oct. 2017, just weeks before Trump appointed Mulvaney as the acting director of the CFPB. It was not set to go into effect until August.
If Wednesday's effort is successful the measures that were expected to go into effect in August will never be implemented. Going forward, Kraninger said in a statement the bureau will now “evaluate comments, weigh the evidence, and then make its decision.”
The bureau’s former director, Richard Cordray, pushed back on the decision on Twitter.
“It’s a bad move that will hurt the hardest-hit consumers,” he wrote. “It should be and will be subject to a stiff legal challenge.”
Payday lenders, however, argue they are helping to provide a valuable service for the millions of Americans who are living paycheck-to-paycheck and don’t have any savings to handle emergencies.
The Trump administration agreed. Mulvaney, has accused the agency of government overreach.
“Anybody who thinks that a Trump administration CFPB would be the same as an Obama administration is simply being naive,” Mulvaney said in 2017 when he took control of the agency.
Consumer watchdogs say the expected proposal is a continuation of Mulvaney’s efforts to defang the CFPB. Mulvaney was a vocal critic of the Consumer Financial Bureau during his time serving as a South Carolina Congressman and he accepted campaign contributions from payday lending industry lobbyists.
While leading the CFPB, Mulvaney closed investigations into several lending groups, asked appropriations for $0 in funding for the agency and cut back significantly on the CFPB’s enforcement power.
The CFPB was created after the 2008 financial crisis as a way of regulating banks and other financial institutions.