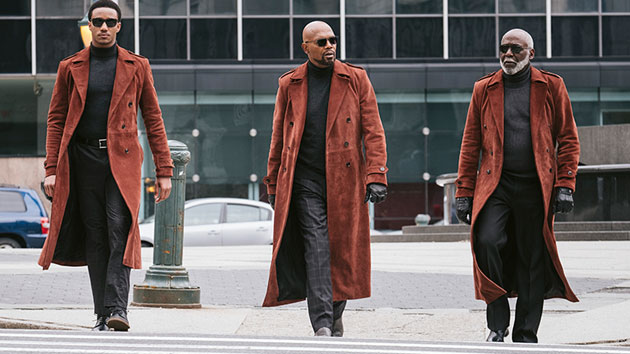 Samuel L. Jackson, who played John Shaft in the 2000 remake, made a surprise appearance on Kimmel, flanked in matching outfits by the original 1970's John Shaft, Richard Roundtree, and actor Jessie T. Usher, who plays John Shaft Jr. in the forthcoming sequel.

The trailer features a heavy dose of both action and comedy, with the cross-generational Shaft men teaming up for a yet to be determined investigation, set to the the iconic Isaac Hayes theme music.

The movie is directed by Ride Along director Tim Story and co-written by black-ish creator Kenya Barris.