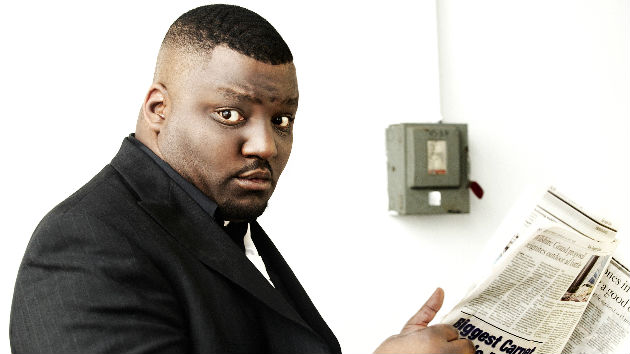 Aries Spears(NEW YORK) — Aries Spears has been making people laugh for over twenty years with his stand-up comedy. Ahead of his upcoming New York shows at the Gotham Comedy club, the MADtv alum and master impersonator is opening up about what it feels like to be back on the New York comedy scene.

"It feels great. It's home cooking. And plus, you know, New Yorkers just have that vibe," Spears tells ABC Radio. "It's such a metropolitan city. And the diversity is such at a high level that you get a chance to really feel like you could say anything and do anything."

While Spears admits New York has its perks when it comes to feeling free on the stage, the comedian says comedy in general has become way too politically correct.

"And even New York has gotten like the rest of the country in terms of the comedy climate," he says. "There's a very moist era of comedy we're in right now. So that's unfortunate. But I don't waver. I'm going to be me and do what I do. And you're either with me, or, you fall off."

And for those who need further explanation, Spears declares that his comedy isn't made for the faint of heart.

"If you do get offended, I'm not going to be apologetic either," he says. "Because good comedy, I believe, doesn't just make people laugh. It forces you to think. And you're supposed to feel a little uneasy. Everything ain't supposed to be a smooth ride."

Find out more about Spears' tour on his website, AriesSpears.com.