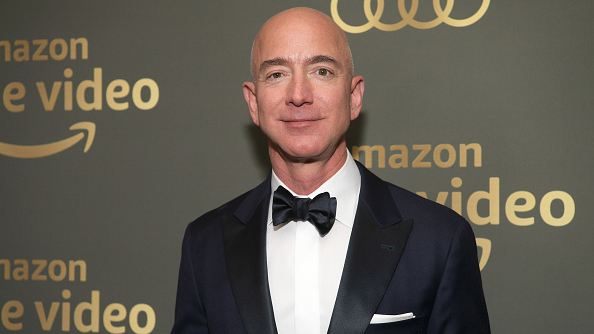 Emma McIntyre/Getty Images(NEW YORK) — In a stunning post on Medium Thursday, Amazon CEO Jeff Bezos publicly accused the National Enquirer of a blackmail and extortion plot involving compromising photographs.
In January, the billionaire CEO and his wife of 25 years, MacKenzie Bezos, announced that they were divorcing. In a statement released on Twitter, they said the decision comes "after a long period of loving exploration and trial separation."
The National Enquirer later broke a story that alleged Bezos was having an affair. Bezos questioned whether the report was politically motivated and launched an investigation into the matter.
In a post titled "No thank you, Mr. Pecker" — addressing David Pecker, who is the chairman and CEO of American Media Inc., the owner of the National Enquirer — Bezos said that he was approached with an offer from AMI, saying that "they had more of my text messages and photos that they would publish if we didn't stop our investigation."
Bezos alleges the National Enquirer was attempting to blackmail and extort him using "intimate" photos.
Bezos, in the Medium posting, said that the Enquirer offered not to publish the photos in exchange for a public statement from Bezos that the Enquirer's reporting was not politically motivated.
"Of course I don't want personal photos published, but I also won’t participate in their well-known practice of blackmail, political favors, political attacks, and corruption. I prefer to stand up, roll this log over, and see what crawls out," Bezos said in his post Thursday.
AMI did not return ABC News' request for comment.