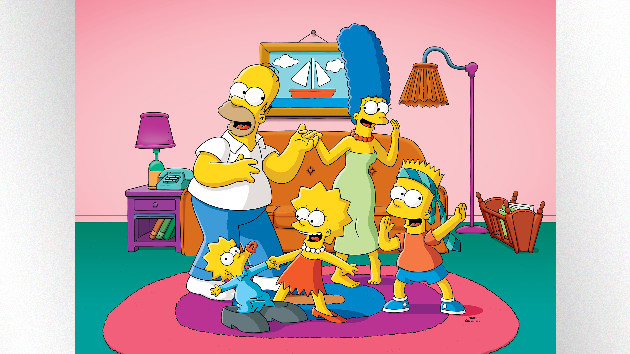 FOX(LOS ANGELES) — There seems to be no end in sight for Homer, Bart, Lisa, Marge and the residents of Springfield: FOX has renewed The Simpsons for an unprecedented 31st and 32nd seasons. By the time the 32nd season is complete, the show will have aired just over 700 episodes.

In a statement, Homer Simpson said, "Woo hoo! 32 Seasons! Watch your back Meet the Press!’”

The Simpsons is already the longest-running primetime scripted show in TV history, having been on the air since 1990. Over the years, it's won 33 Emmys, and has been named the “Best Show of the 20th Century” by Time magazine.

One Medical vaccine supply cut off in five counties after ineligible patients skipped the line
Some school districts requiring struggling online learners to return to the classroom
Tune in this Sunday for the 78th annual Golden Globes
Milli Vanilli biopic dropped by film company, controversial director Brett Ratner may be the reason why
Walton Goggins on playing against type as a grieving dad, in CBS’ hit ‘The Unicorn’
Mariska Hargitay says it was “life-changing” when she met ‘SVU’ co star Chris Meloni for the first time