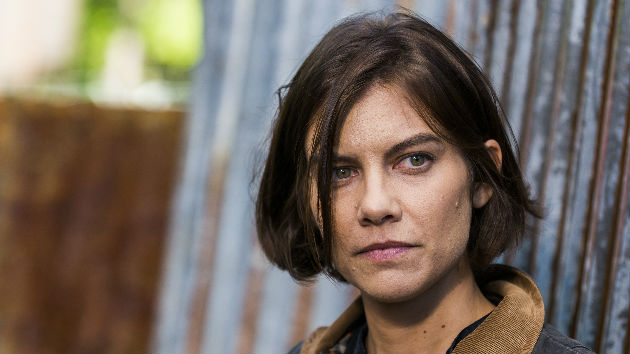 Cohan has since segued to ABC's new sexy spy show Whiskey Cavalier, but because Maggie didn't die — as so many characters had before her on the hit post-apocalyptic series — fans know the door could be open for Maggie to return.

For her part, Cohan seems to agree, telling ABC Radio, "We'll see what happens! Honestly, I went back to doing a few episodes of Walking Dead, knowing at that point…it was time to go try something new."

However, she allows, "There's still potentially Maggie stories to tell. But it all it is very up in the air."

That "up in the air" may likely be referring to potential dollar signs, as contract issues colored Cohan's decision to walk from Walking Dead before season 9 ended.

Incidentally, season 9 of The Walking Dead resumes on AMC Sunday night at 9 p.m.

15-year-old boy shot dead at Arkansas school allegedly by fellow student: Police
Man vanishes in attempt to swim after boat he lost control of, presumed dead
Three people dead after plane crashes in Georgia, leaving wing inside mobile home
J&J vaccine is up for review: Here’s what happens next
Some school districts requiring struggling online learners to return to the classroom
John Mulaney reportedly out of rehab and “doing well”