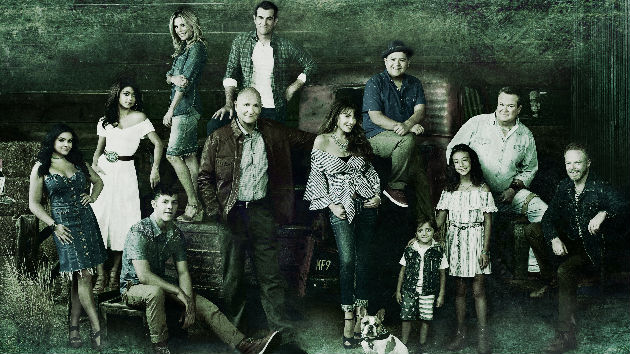 ABC/Robert Ashcroft(LOS ANGELES) — Modern Family is returning for its eleventh and final season, ABC News reported Tuesday.
Cast members took to social media to comment about the revelation that their five-time Emmy-award winning series — which has been on air for the last 10 years — was coming to a close.

Jesse Tyler Ferguson, who plays Mitchell Pritchett on the show, noted alongside a montage of cast photos, "I can’t believe I’ve spent over a decade of my life working with a cast and crew I love so much. I’m already preparing myself for a VERY emotional last year with my beautiful, hilarious fake family. And thank YOU for watching."
Eric Stonestreet, who plays Mitchell's husband Cam on the show, reflected, literally, with a mirror picture of himself before his audition. "The first picture was taken February 4th 2009 (13 years after starting my acting career) on my way out the door to test for My American Family [as the show was known at that point]," he writes. "I'm so thankful and grateful to have had this job for the last 10 years and that I get to do it for ONE MORE year with this talented group of beauties."
Actor Nolan Gould, who has played Luke Dunphy on the show since its premiere in 2009, posted a cast photo along with a message of appreciation to Instagram: "So happy that I get to spend one more year with this cast and crew. And grateful for the run we've had. What a journey it's been. Thanks for taking it with us."
Modern Family airs Wednesdays at 9 p.m. ET on ABC.