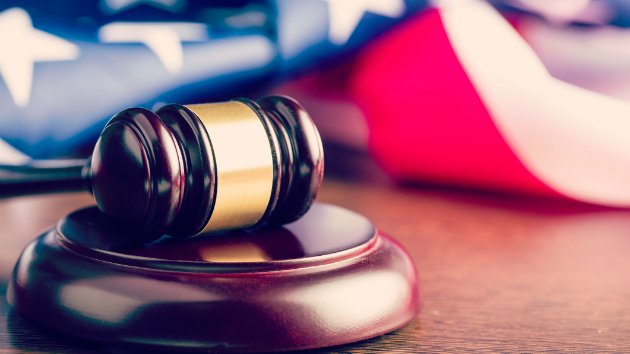 jirkaejc/iStock(WASHINGTON) — At her confirmation hearing Tuesday, Neomi Rao, the woman President Donald Trump has nominated to replace Brett Kavanaugh on the powerful federal appeals court in Washington, distanced herself from inflammatory remarks she's made on sexual assault, LGBTQ rights and dwarf-tossing.
"To be honest … I cringe at some of the language I used," Rao told members of the Senate Judiciary Committee.
Rao has been nominated to fill a vacant seat on the U.S. Court of Appeals for the D.C. Circuit once held by Kavanaugh, now a Supreme Court justice after a fiery confirmation battle last year tinged with an allegation of sexual misconduct.
Rao currently serves as the administrator of the Office of Information and Regulatory Affairs, which is charged with ensuring federal agencies follow the law and act consistently with the administration's practices.
Rao faced questions from Democrats on her background, ranging from her work as Trump's "czar" overseeing regulatory rollbacks to commentary she wrote years ago as a Yale University student in which she suggested women should change their behavior to avoid date rape.
In a piece she wrote for the Yale Herald in 1994, Rao responded to an alleged date rape incident by writing: "It has always seemed self-evident to me that even if I drank a lot, I would still be responsible for my actions."
She added: "A man who rapes a drunk girl should be prosecuted. At the same time, a good way to avoid a potential date rape is to stay reasonably sober."
On Tuesday, she attempted to clarify her comments.
"You currently believe that if a woman who consumes alcohol to the point that she can no longer consent, that she's in part to blame for somebody who rapes her?" Sen. Patrick Leahy, a Vermont Democrat, asked Rao.
"I was trying to make, and perhaps not in the most elegant way, the sort of common sense observation that excessive drinking can lead to risky and dangerous behavior for both men and women," Rao replied.
"It's the advice my mother gave me, it's the advice that I give my children and I certainly regret any implication of blaming the victim," Rao said.
Rao was further pressed on her comments by Republican Sen. Joni Ernst of Iowa, who recently revealed she was a victim of sexual assault.
Ernst, one of two Republican women who recently joined the committee, told Rao that her comments "give me pause."
"Not just from my own personal experiences, but regarding a message we are sending young women everywhere," Ernst said.
"I don't think I would express myself in the same way" now, Rao responded.
Rao also raised eyebrows for her writings about a dwarf-tossing case, in which she argued that a dwarf-tossing ban denied little people legal agency and an opportunity to make money.
"In my article, I don't take a position one way or another on these issues," Rao said in response to questioning from Sen. Mazie Hirono, D-Hawaii.
"I'm just pointing out that this is the case," Rao said.
Hirono replied: "I think your article has been interpreted as that you were OK with dwarf-tossing."
Tuesday's hearing is the first confirmation hearing for new Senate Judiciary Committee Chairman Lindsey Graham, R-S.C., who has said getting Trump's judicial nominees confirmed will be among his highest priorities.
In a press release, Graham highlighted that the American Bar Association rated Rao as "well qualified."
Copyright © 2019, ABC Radio. All rights reserved.