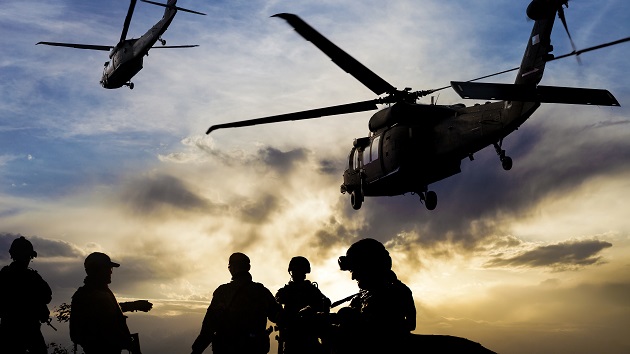 iStock(MOSCOW) — The United States has promised to withdraw half of its troops from Afghanistan by April, according to a Taliban official.
The official, Abdul Salam Hanafi, made the comments in Moscow, where he was part of a Taliban delegation attending peace talks with senior Afghan political figures. Afghanistan government officials did not attend the delegation.
"The Americans have agreed to us that half of American forces will start leaving from beginning of February until end of April," Hanafi told reporters Wednesday, saying the promise had been made during breakthrough talks with U.S. negotiators in Qatar's capital Doha last month, which he had taken part in.
Last week, U.S. and Taliban negotiators announced they had agreed in principle to a framework for a deal that could potentially lead to full peace talks, raising hopes that an end to Afghanistan's 18-year war could be closer. Under that deal, the Taliban would pledge that Afghanistan would never become a base for international terrorist groups again, allowing the U.S. to make a full withdrawal of its troops. For a full withdrawal to take place, the insurgent group would also have to agree to a cease-fire and start direct negotiations with Afghanistan's government.
President Donald Trump in December announced his intention to withdraw U.S. forces from Afghanistan as well as Syria, prompting warnings from Democrats and Republicans against a precipitous exit. No timeframe has been announced publicly.
The Pentagon and the White House did not immediately respond to the Taliban comments.
In December, a U.S. official said Trump was planning to pull out more than 5,000 troops, or about a third of the total 14,000 U.S. personnel in Afghanistan.
Copyright © 2019, ABC Radio. All rights reserved.