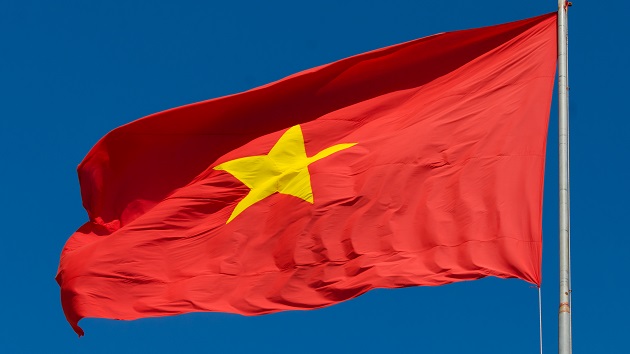 iStock(HANOI) — Vietnam will host the second summit between President Donald Trump and North Korean leader Kim Jong Un later this month, Trump announced last night, throwing a spotlight on the Southeast Asian nation that has friendly relations with all of the main players.
Trump said during the State of the Union address that he would meet Kim on Feb. 27 and 28, although he did not name a host city. A U.S. official previously told ABC News that the White House would pick one of three cities: Hanoi, Da Nang or Ho Chi Minh City.
A spokesperson for Vietnam’s foreign ministry said in a tweet on Wednesday that the country welcomed the summit and “strongly supports” dialogue on peace, security and stability on the Korean Peninsula.
Vietnam has warm relations with the main players
The United States and Vietnam normalized ties in 1995, decades after the end of the Vietnam War. Over the ensuing quarter-century, their economic and trade relations have grown stronger. From 1995 to 2016, bilateral trade grew from $451 million to nearly $52 billion, according to the State Department.
President Barack Obama visited Vietnam in 2016, and Trump attended an international summit there in 2017. Vietnam’s Prime Minister Nguyen Xuan Phuc visited the White House in 2017, too.
South Korea and Vietnam normalized relations in 1992, and they’ve built similarly strong ties anchored on a high volume of trade. Vietnam was South Korea’s fourth-largest trading partner last year, according to Vietnamese and South Korean media reports.
North Korea and Vietnam, meanwhile, have maintained relations far longer — since 1950 — and share a socialist ideology and histories of command economies. Vietnam has opened up markets and avoided leadership as concentrated as the Kim dynasty, though.
What’s in it for Vietnam?
Hosting such a prominent diplomatic event would give Vietnam a chance to showcase its economic success and geopolitical relevance.
In addition to its ties with the Koreas and the United States, Vietnam boasts partnerships with Russia, China and others. It’s hosted high-level international gatherings before, including a World Economic Forum meeting in Hanoi in September and an Asia-Pacific Economic Cooperation summit in Da Nang in 2017, which was attended by world leaders, including Trump.
Phuc last month told Bloomberg News that, if selected as the Trump-Kim summit host, his country would “do our best to facilitate the meeting.”
Vietnam is also often lauded as an economic success story that North Korea could emulate. Secretary of State Mike Pompeo made that case in June in Hanoi, when he pointed to the country’s evolving relations with the U.S., which went from fighting to a partnership.
“The miracle could be yours,” Pompeo said, addressing Kim. “It can be your miracle in North Korea as well.”
Copyright © 2019, ABC Radio. All rights reserved.