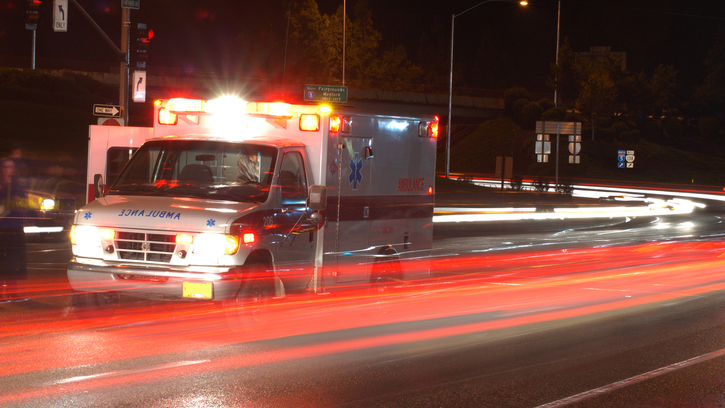 tfoxfoto/iStock(SHELBY, N.C.) — A man with ALS who received tickets to the Super Bowl through the Team Gleason Foundation was killed in a fatal car fire before the game.
The Georgia Department of Public Safety said that Ed Cushman, 39, of Shelby, North Carolina, was killed on Saturday when the 2007 Dodge Caravan he was riding in caught fire on I-85 in Franklin County, Georgia, on Feb. 2. Ed’s brother, Robert Cushman, was driving the vehicle.
The Department of Public Safety said Robert pulled over when smoke started coming out of the vehicle. Robert said that smoke began pouring out and flames erupted on both sides of the vehicle after he exited, and he was unable to get Ed out when the flames became too intense, according to the Georgia Department of Public Safety.
“Eventually, I just knew that this was his time, and I just felt the presence of God saying, 'Get out while you can. Save yourself,'" Robert told ABC affiliate WSOC-TV.
Ed received tickets to the game through Team Gleason, a foundation which helps people with ALS and other related neuromuscular diseases. The group was founded by Steve Gleason, a former New Orleans Saints player who was diagnosed with ALS in 2011, and his wife, Michel.
"All of us at Team Gleason are deeply saddened after learning about the tragedy that resulted in the loss of Ed Cushman’s life,” Team Gleason said in a statement. “Our brief relationship with Eds family was filled with excitement, as Team Gleason secured the ADA Super Bowl tickets he requested. Like so many with ALS, Ed was passionate about living and he dreamed of going to the Super Bowl. We were honored to have played a small role in helping make that possible for such an amazing man.
The organization told ABC News that it has given ADA Super Bowl tickets to people with ALS every year since Gleason was diagnosed. Cushman was one of three people who, along with their families, received tickets for this year’s Super Bowl.
“Words cannot express how shocked we are for Ed and his entire family. We remain committed to our ALS community and Ed’s family in this time of incredible sadness," Team Gleason said in the statement.

Election 2020 live updates: Man charged for making threats to kill, kidnap Biden and Harris
International Pronouns Day: What to know about using pronouns
Trump trailing behind Biden in funding, weeks before Election Day, new filings show
Rumer Willis reveals she lost her virginity to a man that “took advantage” of her
Robert Redford’s son dies of cancer at age 58
Man in wheelchair killed in hit-and-run incident while crossing the street