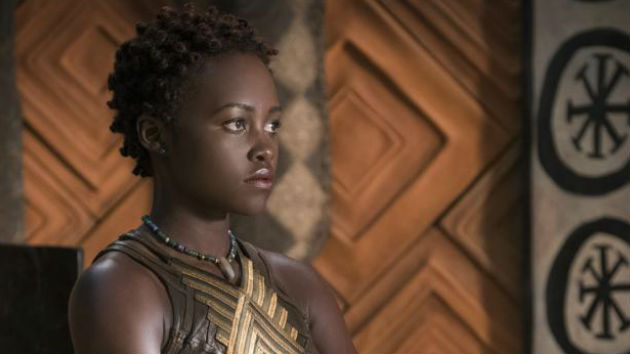 Marvel Studios(LOS ANGELES) — Lupita Nyong'o is the March cover girl for Marie Claire and in the magazine, the Oscar-winning actress opens up about how she decided to treat herself after the success of Black Panther.

"I went on a 10-day silent retreat. It was a gift. I did it for my birthday," says Nyong'o, whose birthday falls on March 1. "And it was the best gift because, the thing is, my job has two main parts. There’s the acting, and there’s the celebrity. And the celebrity involves a lot of giving."

She adds, "After talking so much, and just expend, expending, expending, to sit with myself and just listen. Our lives are so full of distractions; you go from one distraction to another.”

For Lupita, getting away was much more than just rest: it left her with a clearer vision.

"It was like clarity," she says. "And I was just, like, 'Wow.' I imagine that people sometimes get that from drugs. But it was really nice to get that just from spending time with myself.”

Also in the feature, Nyong'o dishes on Us, her upcoming horror film from Get Out director Jordan Peele. The actress says working with Peele actually brought her to tears.

"He asked me, 'What is your process as an actor? What do you need from a director?" she says. "And I just started to cry. I was like, 'I’ve never been asked that before.' I could just tell in that question was a man who understood what it meant to be an actor…"
Marie Claire’s March 2019 issue featuring Nyong'o hits newsstands February 19.

Rep. Marie Newman displays transgender pride flag after Rep. Marjorie Taylor Greene insults daughter with transphobic comments
Kelly Marie Tran reveals how she recorded her lines for ‘Raya’ in quarantine
‘Black Panther’ director Ryan Coogler inks overall deal with Disney; Wakanda series for Disney+ in the works
Michael B. Jordan says he’s open to return to ‘Black Panther 2’: It “will always be on the table”
Marie Kondo announces she’s pregnant with 3rd ‘bundle of joy’
“This isn’t going to be quiet”: Daniel Kaluuya recalls when ‘Black Panther’ went from being a movie to a “moment”