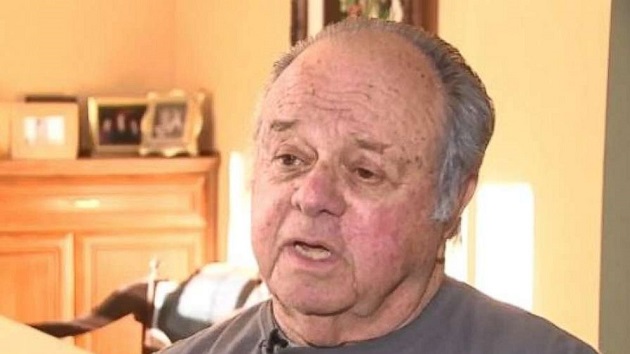 KABC-TV(LOS ANGELES) — The husband of a California woman who died after being struck by a foul ball said his 79-year-old wife had no time to react before the accident last year.
"The first batter fouled a ball … that came and hit her right in the cheek," Erwin Goldbloom told Los Angeles ABC station KABC-TV on Tuesday. "[It] came so quick that we didn't have time to react. Nobody did in our area."
His wife, Linda Goldbloom, died after attending a Padres-Dodgers game at Dodger Stadium in Los Angeles on Aug. 25, 2018. During the game, a foul ball went over the protective netting and struck her in the head.
She was rushed to the hospital, where she later died.
The coroner's report, obtained by ABC News on Tuesday, states that she died on Aug. 29 "due to acute intracranial hemorrhage due to history of blunt force trauma" and states that the injury occurred when she was struck by the ball.
Linda Goldbloom, a lifelong Dodgers fan, was celebrating her birthday and 59th wedding anniversary, according to her husband.
Every MLB stadium has protective netting extended to the end of the dugout, but Goldbloom said the netting should be higher as well.
"The last thing I remember asking her was, 'Are you OK?' when the ball hit her and she said, 'No,'" Erwin Goldbloom said. "If they would've raised the vertical net, I think the ball would not have hit us."
Erwin Goldbloom said he doesn't blame the Padres player who hit the ball or the Dodgers for his wife's death, but he wants baseball fans to be aware of the risks of sitting near the field.
"They should make more of an effort — MLB not just Dodgers," Erwin Goldbloom said. "The past is the past. We can't change that. We just hope that MLB will make it safer for other people."
Officials with the Dodgers sent their condolences to Goldbloom in a statement this week, saying the they were "deeply saddened" by the fatal accident.
"Mr. and Mrs. Goldbloom were great Dodgers fans who regularly attended games. We were deeply saddened by this tragic accident and the passing of Mrs. Goldbloom," the team said, according to KABC. "The matter has been resolved between the Dodgers and the Goldbloom family. We cannot comment further on this matter."
Copyright © 2019, ABC Radio. All rights reserved.