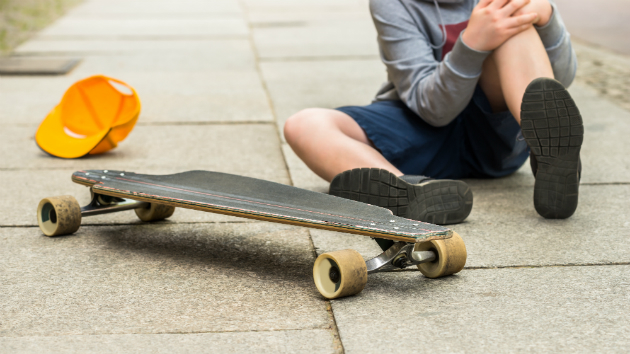 AndreyPopov/iStock(NEW YORK) — Pain is a subjective feeling — only you can really know how much pain you feel. But are we judging children’s pain differently depending on whether they’re a girl or a boy?
Levels of discomfort may not be obvious to bystanders, who tend to look for clear expressions of pain: facial expressions, sounds of distress and how you hold your body. A new study published in the Journal of Pediatric Psychology in January showed that we may be estimating children’s pain differently based on their sex.
What has prior research shown?
In the U.S., women have often been perceived as oversensitive and emotional; men as stoic, able to handle pain without getting emotional. But the medical repercussions of those assumptions for boys and girls have not been studied extensively.

In 2001, researchers studying these gender biases warned that these “stereotypes or assumptions about behavior in such circumstances (oversensitivity, complaining [and] stoicism) add to the likelihood of under-treatment of some groups and overtreatment of others.”
How is this affecting children?
Children may not have yet developed the ability to voice pain, so they are particularly vulnerable to assumptions about how much they are hurting. The new study from Yale and Georgia State universities found that — perhaps surprisingly — adults perceive boys as having more pain and girls as having less, even when the level of pain is the same.
In the study, they showed 264 adults video of a 5-year-old dressed in gender-neutral clothes undergoing a blood test. For half the adults, the child was described as “Samuel” and for the other half as “Samantha.”
The “boy” was rated as experiencing more pain that the “girl” — though the adults saw the same video.
The child was actually a girl.

“The child’s hair partially covered her face, which made determining her gender difficult,” the study's authors said.
After viewing the video, the participants were asked about their own beliefs about gender and pain.
When researchers accounted for those reported biases, there was no difference in the rating of how much pain the "boy" or "girl" was in.
What does this mean in terms of medical treatment for children?
This study did not focus on doctors, and we can hope that, since they have more experience judging pain, that they would be less likely to let bias sway their evaluation. But that remains to be studied.
Copyright © 2019, ABC Radio. All rights reserved.