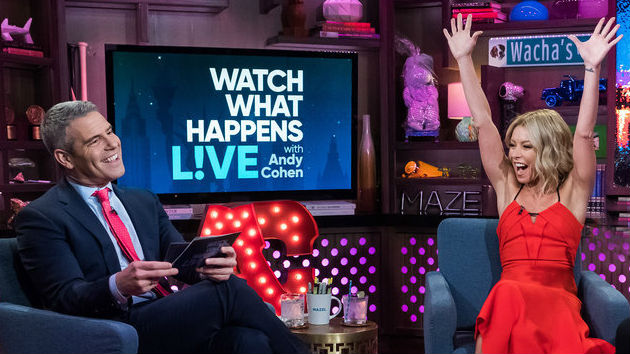 Bravo/Charles Sykes(NEW YORK) — The host of Bravo's Watch What Happens Live, Andy Cohen, announced Monday night via Instagram that he welcomed a son named Benjamin, via a surrogate.

"He is named after my grandfather, Ben Allen," Cohen posted of the nine-pound, two-ounce bundle of joy. "I'm in love. And speechless. And eternally grateful to an incredible surrogate. And I'm a dad. Wow."
Cohen announced that he was expecting his first child in December, and revealed the child's gender on New Year's Eve, when he was hosting CNN's New Year's Eve coverage opposite Anderson Cooper.

His baby shower last month was a who's who of Bravo's The Real Housewives series, but Sarah Jessica Parker and John Mayer were also among the friends in attendance.

Another was Cohen's good friend Kelly Ripa. On Live with Kelly and Ryan, she mentioned she was "in" the delivery room via Facetime, and she got choked up about the birth.

"He's obviously over the moon…He looks like he's been born to do this his whole life…He's been, at times, a surrogate dad to my own kids," she gushed.

For his part, Cohen tweeted back, "Awwwwww @KellyRipa you made me cry," followed by heart emoji.