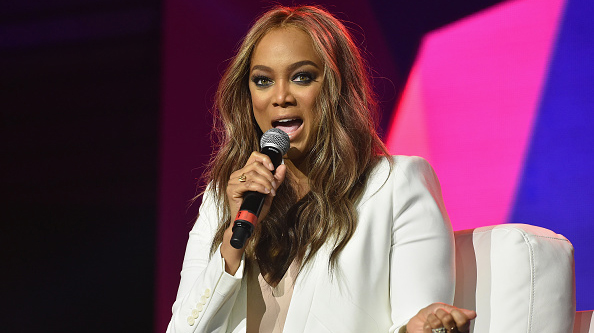 Paras Griffin/Getty Images for 2016 Essence Festival(NEW YORK) — America's next top amusement park is…Modelland!
That's right, supermodel Tyra Banks is opening a 21,000-square-foot attraction in Santa Monica, California, that is aimed at bringing modeling to the masses, according to a press release.
The amusement park will be the first of its kind and will have state-of-the-art interactive elements, retail, dining and special events in an effort to create a world of storytelling and adventure where all beauty is celebrated.
In an interview with Variety, Banks says this project has been 10 years in the making and that she drew a lot of inspiration from Walt Disney when creating her modeling universe. Her goal was to create something that would leave a lasting legacy.
Much like her successful reality television show "America's Next Top Model," Banks hopes this amusement park will help expand the definition of beauty.
"I want people to feel seen and validated. Modelland will provide the tools for them to do so and empower them to embrace, adorn and celebrate their own unique beauty," Banks said in the release. "Modelland is all about celebrating your flawsome self. We are fun. We are fierce. We are fantasy. And, we are for real.”
The attraction is set to open in late 2019, according to the release, and Banks hopes that it will be the first of many, with plans to open new locations in major cities across the country and even the world.
Banks says Modelland is for people of all ages and genders and that there will be something for everyone within its walls.
We'll have our smizes and struts ready, Tyra!